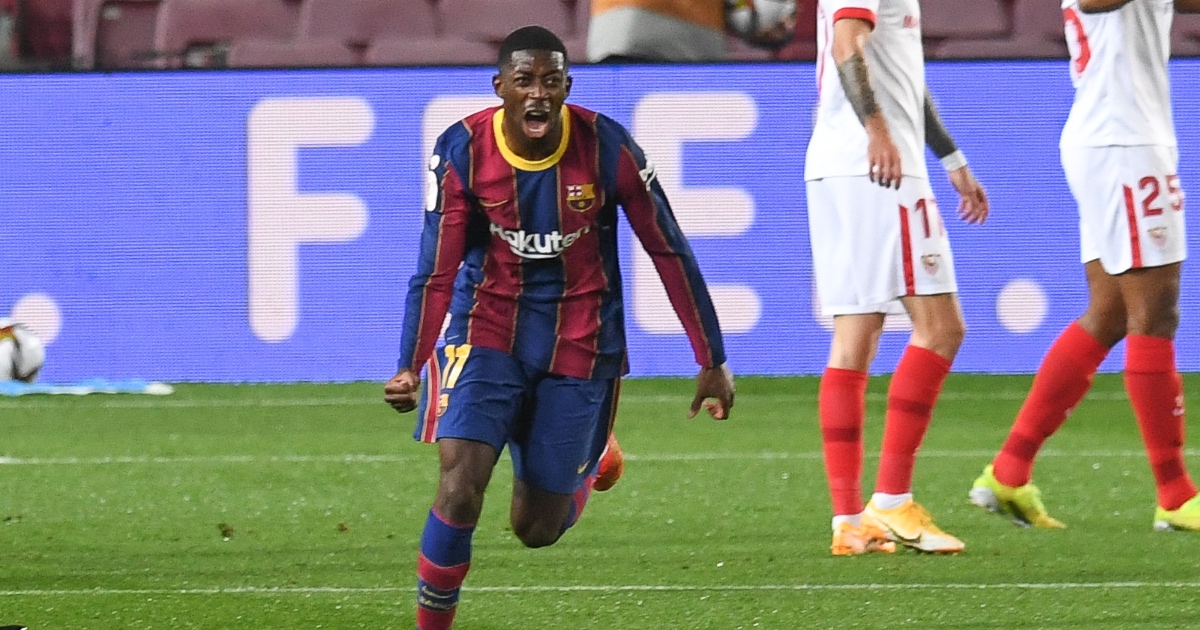 The 23-year-old – who has struggled with form and injuries since his £120million move from Borussia Dortmund – has enjoyed a decent season at the Nou Camp, with nine goals and four assists in 35 appearances in all competitions.

The Frenchman’s current deal expires in the summer of 2022, and while reports suggest an extension is a priority for Ronald Koeman and the Barca bosses, United plan to reignite their interest in the winger.

Sport (via Sport Witness) claim the Premier League giants have ‘continued contact’ with the player’s representatives having failed to sign him last summer and have ‘amplified their interest’ following his improved performances. They’re on the ‘attack’, attack, attack…

But new Barcelona president Joan Laporta hopes to persuade Dembele to agree a contract extension and Koeman sees him as an ‘important pillar’ of the team going forward.

The report claims Dembele’s demands are ‘high’, which will be the ‘main stumbling block’.

If an agreement isn’t reached, Barcelona may reportedly be forced to make the 23-year-old available in the next window to avoid losing him for free the summer after.

United could stump up some cash to land Dembele through selling Anthony Martial, with Rob Lee claiming the forward has a “terrible attitude”.

Lee said: “He’s such a talented lad, he’s quick and he can finish well but some days, he just doesn’t seem interested.