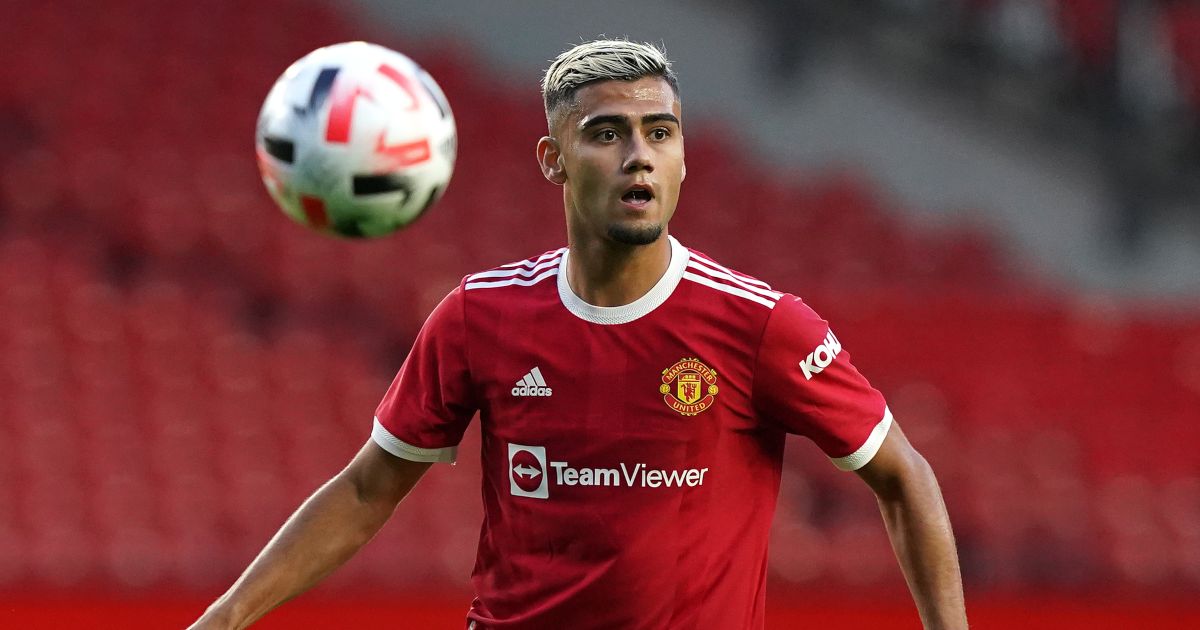 The Brazilian staked his claim for a first-team place with a fine display in the Red Devils’ third friendly of pre-season, a 2-2 draw against Premier League newcomers Brentford.

Pereira, who spent last campaign on loan at Lazio to the apparent frustration of Ole Gunnar Solskjaer, struck a wonderful volley in off the underside of the crossbar from around 25 yards at Old Trafford on Wednesday.

And following his stunning goal, Pereira has now declared himself “ready” to play a key role at a big club.

“I’m sure that with playing time and continuity as a starter in my position, I can show what I’ve done at the academy, I can score more goals and make assists. A player of my position needs the confidence to play and the freedom to dare on the field.”

It’s unclear whether his future will be at Man Utd but Pereira just wants to “be happy” and play an important part of a club’s success.

He added: “In Manchester or elsewhere, the time has come to play, to have at least an hour per game on the field, to have the confidence to play. I want to be happy, to feel important.

“We are focused on looking for the best for my career. That’s what my staff thinks. And I know United want the same.”

On apparent interest from Fenerbahce, the Man Utd midfielder continued: “I leave the negotiations to my agent. If the interest is true, it would be great to talk to interested teams and see the project for my career, the importance I will have in the squad and future projection.

“About Fenerbahce, it’s a country with people passionate about football. And Alex is one of my idols in the position, it would be nice to wear his shirt. Why not? But it all depends on what they want for my career, as well as other interested clubs.”

On Paul Pogba’s future, he said: “(Laughs)…I hope he makes the best choice for himself and his family. He deserves the best things in the world, he’s an amazing guy.”