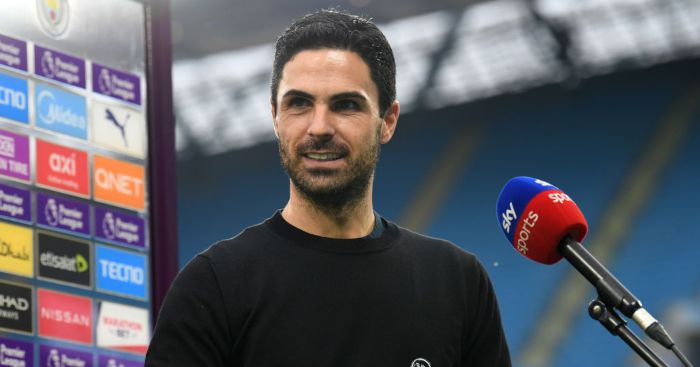 Former Manchester United striker Andy Cole thinks Mikel Arteta has been “disrespectful” to Arsenal striker Alexandre Lacazette by leaving him on the bench against Manchester City.

Raheem Sterling’s first-half goal was enough for Pep Guardiola to get one over his old assistant as Manchester City edged out Arteta’s Arsenal 1-0 on Saturday.

The England international’s 23rd-minute goal proved the difference between the sides as Ederson made key saves from Bukayo Saka and Pierre-Emerick Aubameyang in the first half.

FEATURE: Five issues Solskjaer has failed to address since ‘that night in Paris’

Willian was deployed as a false nine for the match against City but Cole thinks it was “very disrespectful” from Arteta not to play Lacazette, who is currently the Gunners’ top goalscorer.

Speaking to talkSPORT, Cole said: “I think he is being disrespectful to Lacazette as well. Willian is not a centre-forward.

Explaining his decision to play Willian over Lacazette, Arteta said: “We need to have the versatility to play in different formations occupying different spaces.

“It was a game for him, the way City plays and the way they track the opponents and the spaces that can be used. He was really convinced as well. It was obviously really hard to leave two strikers on the bench but it was a tactical decision.”