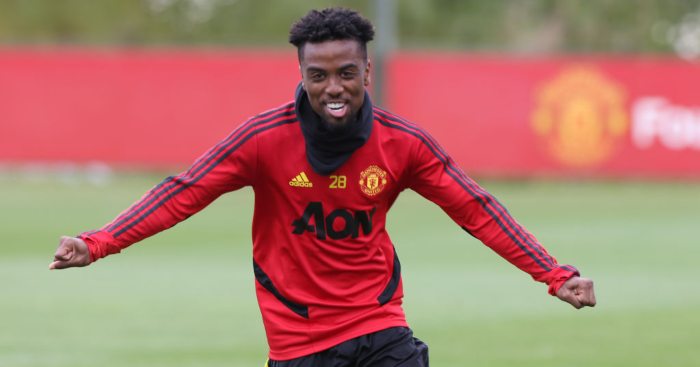 Former Man Utd youngster Angel Gomes has been hailed as “one of the greatest talents in Europe” by Lille director of football Luis Campos.

The 20-year-old – who was immediately sent on loan to Boavista – came through the academy at Man Utd and became the youngest player since Duncan Edwards to feature for the first team in May 2017, aged just 16.

MAILBOX: Why are Man Utd and Chelsea waiting for ‘competent leadership’?

The attacking midfielder left Ole Gunnar Solskjaer’s squad when his contract expired earlier this summer, having been at United since the age of six.

And Campos reckons the Red Devils could be missing out with the Lille chief hails Gomes as “one of the greatest European talents of today”.

When asked by O Jogo why Lille took the decision to loan Gomes out, Campos replied: “It has to do with the need for him to complete his training.

“Angel needs to play 30-40 games in one season and I think that, if everything goes well, he will demonstrate that he is one of the greatest talents in Europe.

“He is a player that I had to watch several times live, both in the Manchester United teams and in the youth teams. For me, I repeat, he is one of the greatest European talents of today.

“It is necessary to create conditions so that all this talent can explode. I believe that Boavista and his coach can help him in that sense.

“He will play in a league that can grow his individual level so that, in the future, he can play at an even higher and more demanding level.”