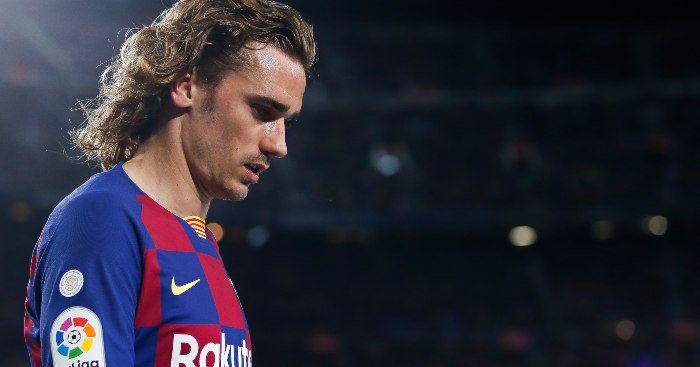 Barcelona striker Antoine Griezmann would only be interested in a move to Manchester United if Paul Pogba remained at the club, according to one journalist.

United have been linked with a move for Griezmann in recent days, with one report claiming that Barca want €100million for the Frenchman.

Another claim has suggested that Griezmann will don the famous No 7 shirt at United, which will be vacated once Alexis Sanchez is moved on via a permanent deal this summer.

However, according to French football expert Julien Laurens, Griezmann’s only motivation for a move to Old Trafford would be to play alongside his compatriot and fellow World Cup winner Pogba.

Pogba’s future has been the subject of intense speculation over recent months, with the latest report indicating that United have already earmarked their successor to the midfielder.

“I’d be very amazed [if Griezmann joined United],” Laurens told ESPN FC. “Okay, it hasn’t really worked out for him at Barcelona so far this season.

“And at his age, with the age that [Lionel] Messi is and [Luis] Suarez, surely Griezmann can be the future of Barcelona in that sort of centre-forward leadership role.

Why would you let him go? And from what we were told before, he never wanted to go to England anyway.

“His wife Erika doesn’t want to move out of Spain, he’s very happy in Spain, Spain is his second country but probably more his country than France and I don’t really think England is really appealing to him.”

Laurens continued by explaining that Pogba’s future could play a crucial role in Griezmann’s decision at the end of the season.

“The thing that could appeal for him to go to Manchester United is Paul Pogba,” the journalist said.