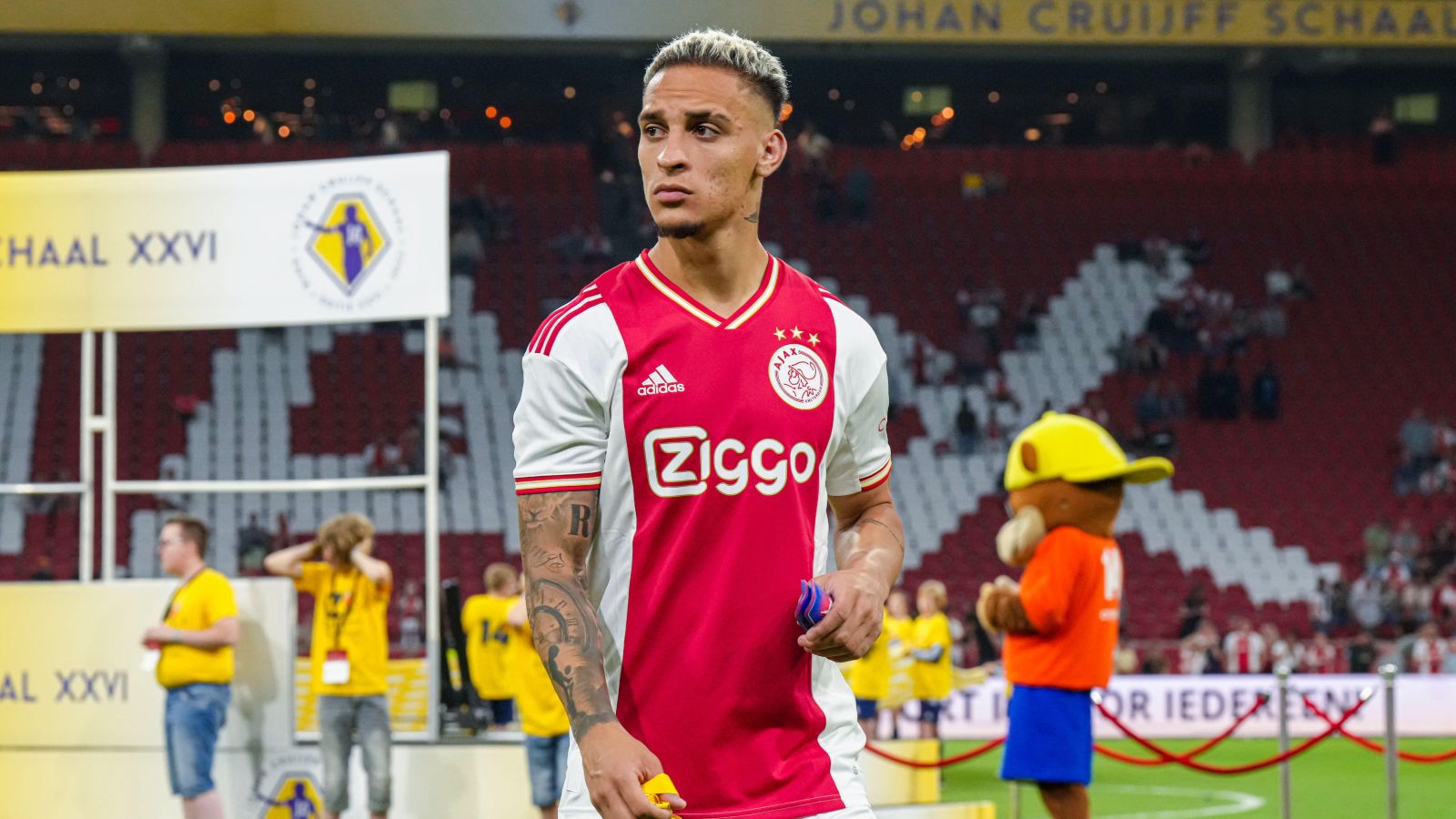 Premier League side Man Utd will not be signing Ajax winger Antony this summer as things stand, according to reports.

The Brazil international has been heavily linked with a move to Old Trafford this summer after playing under Erik ten Hag at Ajax over the last couple of seasons.

Antony has scored 17 goals and provided 12 assists over the last two seasons in the Eredivisie after joining from Sao Paulo in 2020.

There have been claims that Ajax want as much as €80m for Antony while a report last week insisted that Man Utd had made an offer past €60m.

The sales of Martinez, Sebastien Haller, Ryan Gravenberch, Nicolas Tagliafico and Dominik Kotarski at Ajax mean that the Eredivisie champions don’t need to let anyone else leave this summer.

And now Sky Sports are reporting that a Man Utd move for Antony is ‘completely off the agenda’ as Ajax refuse to budge over their high valuation.

The report adds that Ajax are ‘under no pressure to sell as Antony has three years left on his contract’ but that the ‘dynamic could change’ in one of two ways.

Either Antony ‘hands in a transfer request’ to force a move or Ajax lower their asking price ‘significantly’ with the the first option sounding more likely.

Sky Sports also touch on speculation linking the Red Devils to RB Leipzig striker Benjamin Sesko. The report adds: ‘But that is a difficult deal to do as Salzburg are reluctant to sell and have a very high valuation of the 19- year-old, who still has four years left on his contract with the Austrian club.’

There has been speculation that Ten Hag still wants as many as four more new arrivals but he thinks his current players are now ready for the new season.

Asked how he felt pre-season had gone, Ten Hag said: “Overall, definitely. I think we [have had] a good pre-season. We make good progress. We are ready for the season. I know there is still room for improvement. We have to improve and that is also a process that continues during the season. But, for next week, it’s about the result as well.

“It was a mixture between experience and youth [today]. Some guys, they need to see today, for the first time, what you can expect. You saw the attitude was really great, really the intention to co-operate. They fight and work for each other. That was positive.

“We create also a lot of chances and also conceded some chances. Overall, we have to be satisfied with this performance.”