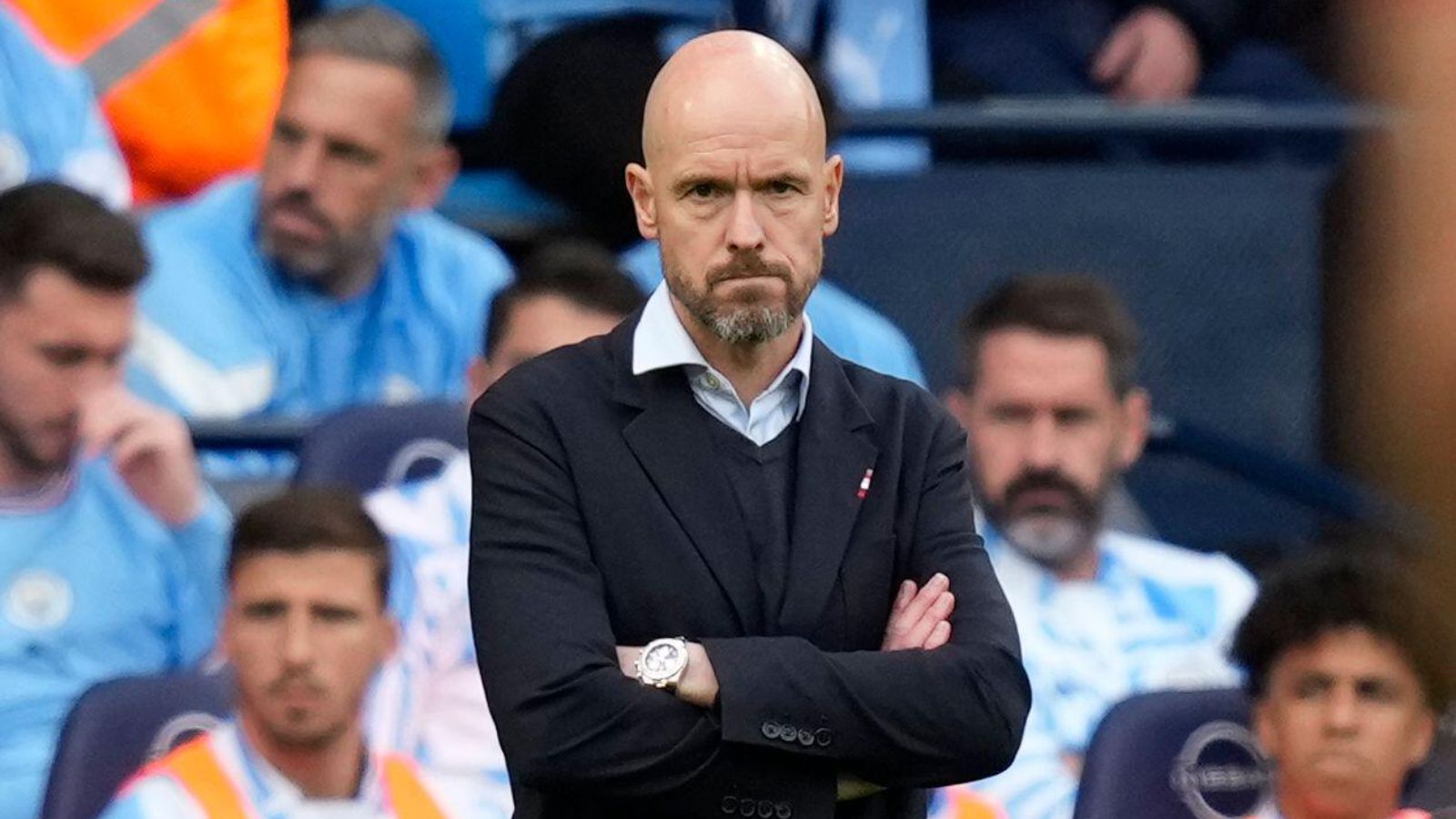 The Red Devils were torn apart in the first half by the Citizens with Ten Hag’s side finding themselves 4-0 down at the half-time break.

Phil Foden and Erling Haaland scored a hat-trick each as the match ended 6-3 with a wonderful strike from Antony and a Anthony Martial brace making the scoreline look slightly better.

Former Arsenal manager Arsene Wenger criticised Antony and Jadon Sancho for their lack of defensive contributions throughout the game with the Man Utd full-backs completely exposed.

And The Sun claim that Antony ‘ignored defensive orders’ from Ten Hag during the Manchester derby with the Dutchman telling the winger to ‘track back’ before the game.

Since Antony swapped Ajax for Old Trafford in the summer transfer window for £85.5m, ‘Ten Hag has reminded Antony of his defensive responsibilities in all United’s training sessions at Carrington’.

Despite the message being ‘reinforced’ ahead of the huge defeat to City, Antony ‘seemingly forgot those instructions much to the frustration of his manager and right-back Diogo Dalot, who had no protection’.

Antony was far from alone in having a poor match against City with former Arsenal defender William Gallas calling United’s display “terrible”.

“[United were] terrible,” Gallas told Genting Casino. “You know, when you play a big derby, the first minute is very important. When you play away you need to be ready to go because you know the opponent will come at you straight away.

“You have to be ready to give 100%. When I watched the game, the Manchester United players were not strong enough.

“They couldn’t keep the ball. They couldn’t complete four passes. If you want to take anything from a game like this, you have to be better on the ball.”