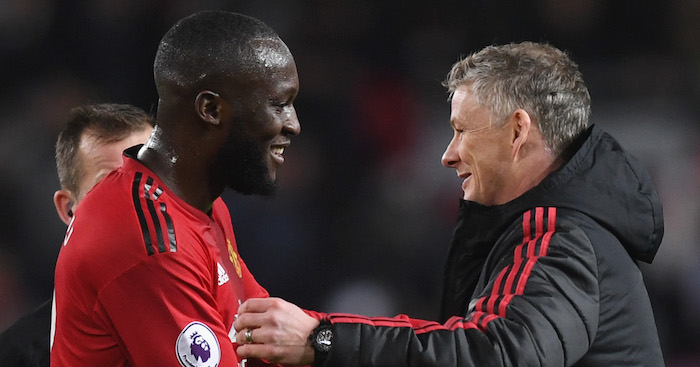 Last five games in all competitions among teams in the top five leagues. Let’s take a look. For the record, Liverpool would be in 25th…

10) Athletic Bilbao (Won 3, drawn 2)
From crisis club to form club. A 2-1 win at Celta Vigo lifted Athletic out of the bottom three on Monday night as new coach Gaizka Garitano continues to work some kind of magic. They are unbeaten under a man born and bred in Bilbao. In truth, a team featuring Inigo Martinez, Iker Muniain and Inaki Williams should never have been in trouble.

9) Borussia Dortmund (Won 4, lost 1)
They remain six points clear at the top of the Bundesliga and on course for a first title win in seven years. There was a slip against Dusseldorf in December but the rest has been close to perfection. That they face Tottenham in the Champions League next month is making us a little giddy already.

8) Bayer Leverkusen (Won 4, lost 1)
But Dortmund have not scored as many goals as mid-table Leverkusen, who had the advantage of being able to knock five goals past Cypriots AEK Larnaca in the Europa League. Can they recover to repeat last season’s fifth-placed finish?

7) Tottenham (Won 4, lost 1)
They have scored an extraordinary 22 goals in five games. Playing Tranmere in the FA Cup might slightly skew those figures but they also scored six and five against Everton and Bournemouth. Their one slip? Against Wolves at Wembley. The team at the top of this list await on Sunday. Can they knock them off their f***ing perch?

6) Wolfsburg (Won 4, drawn 1)
It’s a run that has taken them from mid-table into fifth place – quite the achievement for a team that had to survive a play-off to stay in the Bundesliga last season. That’s quite a turnaround for Bruno Labbadia, a manager known as the ‘Bundesliga fireman’ who now seems to be eyeing a new career as a builder.

5) Paris SG (Won 4, drawn 1)
They’re now only 13 points clear at the top of Ligue Un so basically it is crisis time. Either that or Liverpool are the only side to have beaten them all season – and that was almost four months ago. The more we think about that Champions League draw, the sexier we feel.

4) Bayern Munich (Won 4, drawn 1)
Five straight victories in the Bundesliga as they attempt to hunt down Dortmund have been punctuated by a Champions League draw with Ajax that basically meant nothing. Robert Lewandowski has already scored 22 goals this season. Liverpool and Virgil van Dijk await him next month.

3) Barcelona (Won 4, drawn 1)
They’re five points clear at the top of La Liga without ever looking truly brilliant; it’s telling that the only team to lay a glove on them since November was Spurs – also on this list. That man Lionel Messi has scored seven goals in four league games. He’s rather good.

2) Stade Rennais (Won 5)
We didn’t see that one coming. Those five wins have come in four different competitions as new coach Julien Stephan has started with six straight victories (even though one of those came via penalties). The lesson? Always build around Hatem Ben Arfa.

1) Manchester United (Won 5)
There they are – scorers of 16 goals and winners of five straight games under Ole Gunnar Solskjaer. No wonder the players want him to stay. Yes, they have played some poor teams, but so have many of the sides below them on this list. We’ll talk again after they play Tottenham on Sunday…