Home All The News Man Utd, Arsenal ‘could face disappointment’ in Partey chase 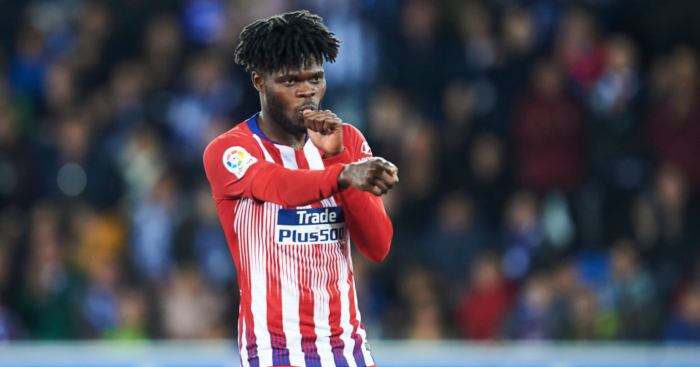 The Ghanaian international has been linked with United as a replacement for the outgoing Ander Herrera, but the Red Devils face competition from Italy, where Inter Milan are interested.

Partey’s agent recently confirmed that there have been no bids for the 25-year-old, who has four years left on his contract – but didn’t exactly sound like he was against the player moving to pastures new.

“I can say that right now, I haven’t talked to anyone, even if Inter are a top club,” Daniel Jimenez told Passione Inter.

“There’s a 50m release clause in his contract, a figure that’s cheap for a player like Thomas.

“We’ll wait for the season to end and then we’ll see.”

The comments from Partey’s representative could be construed as an attempt to drum up interest from other clubs, and reports suggest it has had exactly that effect.

The Daily Mirror credit both the Gunners and the Red Devils with interest in the defensive midfielder, though one stipulation could cause both to be disappointed.

They state that Partey wants Champions League football next season, which for Arsenal is dependant on the outcome of their Europa League final against Chelsea in Baku.

For United meanwhile, they may already be out of the running unless they are willing to stump up a sizeable financial package.