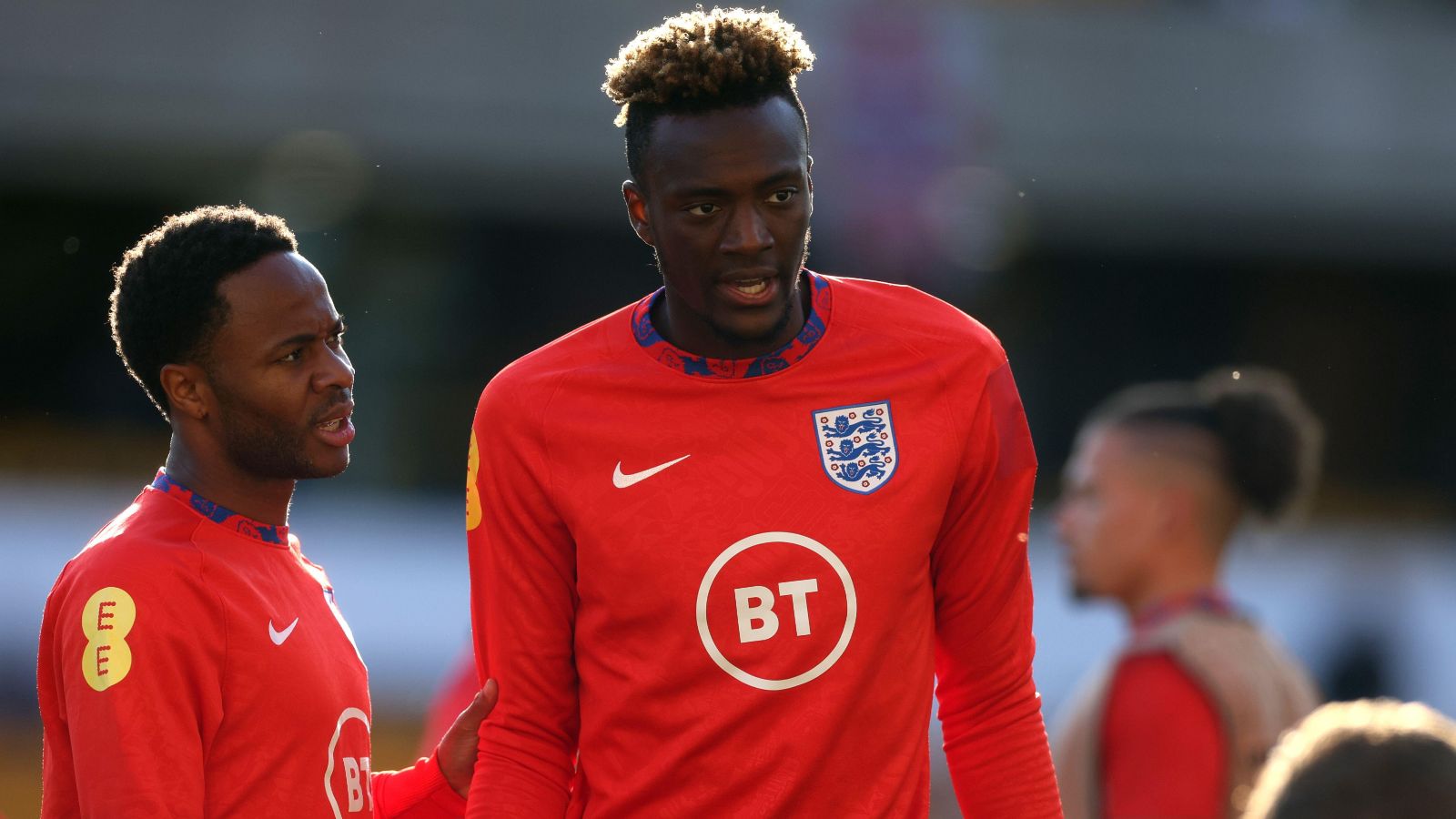 According to reports, Man Utd and Arsenal are the teams ‘in the lead’ for England and AS Roma forward Tammy Abraham.

The striker progressed through the ranks at Chelsea. He featured prominently during Frank Lampard’s spell in charge but he played less following Thomas Tuchel’s appointment.

Abraham was given permission to leave the club last summer. He joined AS Roma for a fee in the region of £34m.

He shone for Jose Mourinho’s side, netting 26 goals in 52 appearances across all competitions. This included 17 goals in Serie A.

The 24-year-old is being heavily linked with a return to the Premier League in recent weeks.

Corriere dello Sport are reporting that Man Utd and Arsenal are currently ‘in the lead’ for Abraham.

They add that ‘at least three Premier League teams are working under the radar to convince the prodigal son to return to England immediately’.

Though they do add that Mourinho has ‘locked him up’ and Roma are ‘resisting the siege’. He will still be in Serie A next season unless an ‘unthinkable offer’ comes in.

His new documentary, titled the ‘Pogmentary’, provides an insight into his decision to leave United. Some of his comments have caused anger among fans, such as when he said that United “offer him nothing”: “How can you tell a player you absolutely want him and offer him nothing? Never seen that.”

According to Saunders, the documentary encapsulates the issues within the United dressing room, whereby the image of the player comes first and “football comes second”.

“The whole thing is a disaster,” Saunders told talkSPORT.

“Man United are the only club that can give a player away for free twice and pay £90million for him.

“I’m purposely not going to watch that documentary because Man United are like an Instagram team – football comes second.

“Do your talking on the pitch and then you can do as many documentaries as you like.

“If [Mohamed] Salah or [Sergio] Aguero did a documentary I’d watch it, I admire them, week-in week-out earning their wages.

“When someone’s not earning their wages and then does a documentary, it just sums it up.”