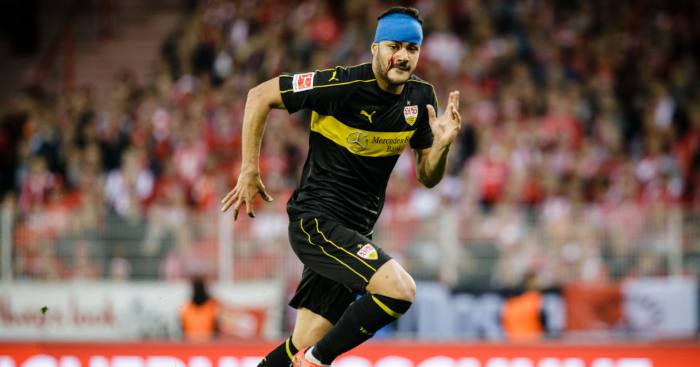 Manchester United and Arsenal have added Stuttgart defender Ozan Kabak to their transfer shortlists this summer, according to reports.

The 19-year-old completed a move to Germany from Galatasaray back in January and he managed 17 appearances in total as Stuttgart ended up being relegated from the Bundesliga.

However, talkSPORT claims that a number of top European sides are ready to move for the youngster, who may well be available for a cut-price fee of around £13million.

The reports states that United and the Gunners are set for a transfer battle in the coming weeks, while Tottenham are also keeping a close eye on Kabak‘s situation.

Ole Gunnar Solskjaer and Unai Emery are both expected to revamp their squads after disappointing seasons, with defensive issues haunting both sides at various points of the campaign.

Arsenal are expected to potentially lose veteran star Laurent Koscielny this summer, while United are still searching for a partner for their most consistent performer last term in Victor Lindelof.

Kabak is known as a tough tackler who is composed in possession and won his first call up to the Turkey squad in the second half of the campaign.