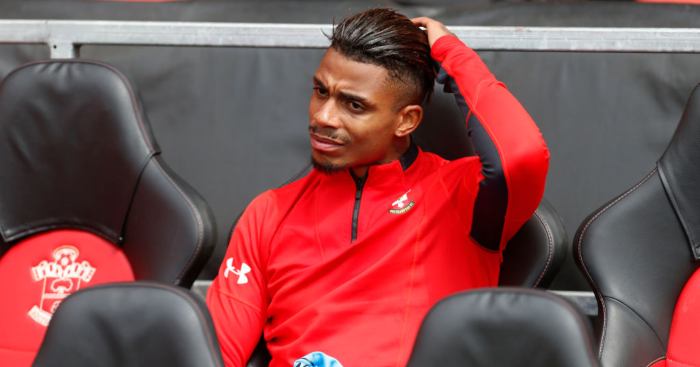 Southampton have received enquiries from a number of clubs over the possibility of signing their midfielder Mario Lemina, according to reports.

Since moving from Juventus in a deal worth £18million two years ago, Lemina has struggled to nail down a starting spot on a consistent basis for the Saints.

The 25-year-old made 23 appearances in all competitions for Southampton last season and now Ralph Hasenhuttl has left him out of his squad for the pre-season trip to Austria.

And the Daily Mail claims that Lemina is ‘heading’ for the exit door with Hasenhuttl ‘now open to cashing in on the Gabon international’.

Arsenal – who were reportedly interested in him when he was still a Juventus player – Manchester United and Leicester City are understood to have made enquiries into the availability of Lemina, while Atalanta want to take him back to Serie A.

And Lemina is ready to leave, he said at the weekend: “I still have another three years of contract. But it is true that I do not rule out the possibility of seeing something else.

“The last four months have not been easy for me, with my injury. The coach put his team together. I want to start afresh. So why not leave?

“We have very good discussions with the club. We are in agreement. If I don’t feel good in this project, I can leave.

“They are giving me the opportunity to be able to go elsewhere.”