Home All The News Keown: ‘Sanchez has got to be the biggest mercenary in football’ 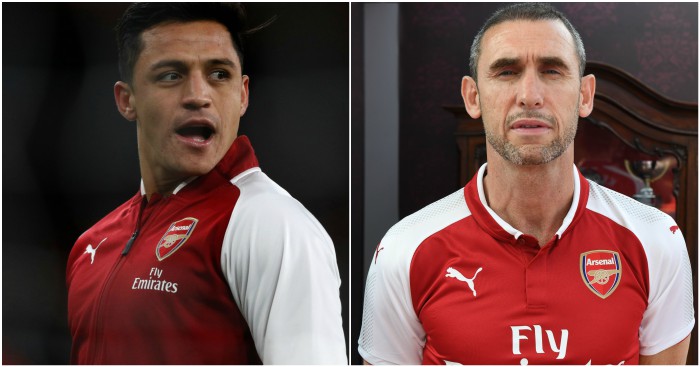 Martin Keown has criticised Alexis Sanchez ahead of his proposed move to Man Utd, insisting Man City would have been “the natural place to go to develop his football”.

Sanchez is poised to leave Keown’s former side Arsenal to join United in a move that is likely to see Henrikh Mkhitaryan move in the opposite direction.

The switch to Old Trafford has come out of the blue, with many expecting Sanchez to move to Man City either this month or during the summer when his contract at Arsenal is due to expire.

Keown believes Sanchez’s decision to join United instead is purely down to money.

“Sanchez has got to be the biggest mercenary in football,” Keown told the Daily Mail.

“Manchester City have wanted to sign Sanchez since the summer and, if no deal is done in January, they will be waiting for him at the end of the season.

“City would be the natural place for Sanchez to go to develop his football. He has worked with Pep Guardiola before.

“But for Sanchez, this is clearly not about going to the best team, working with Guardiola and taking his game to another level.

“He has probably thought that he will not get a better offer if he waits until the summer, so he might as well take the best deal on offer now. It has been all about the money.”