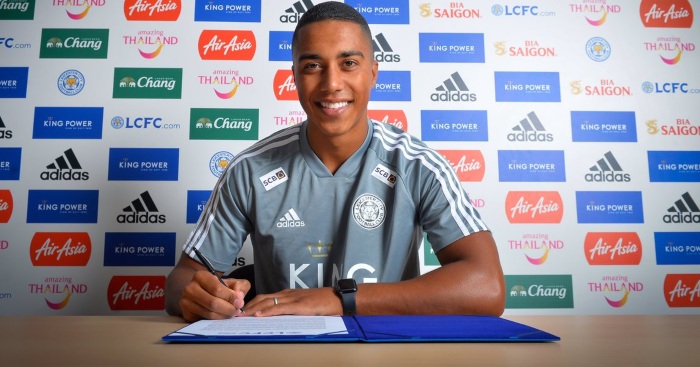 Leicester City midfielder Youri Tielemans admits he was “happy” with the interest from “certain big clubs” over the summer.

The Belgium international penned a four-year deal at the King Power Stadium over the summer after spending the second half of last campaign on loan from Monaco.

The 22-year-old was reportedly one of ‘three or four’ on Manchester United’s shortlist to replace Paul Pogba if he left the club during the summer transfer window.

However, the Frenchman stayed and Tielemans – who was also linked with Arsenal – thinks he made the “right” choice for his fledgling career.

“During the transfer window, I was happy of the interest of certain big clubs,” Tielemans said on international duty with Belgium.

“I needed to make a choice for my young career and I think it was the right one. To arrive off the back of a €45m transfer doesn’t change anything.

“They already knew me at Leicester. My loan spell went very good. I wanted to continue playing in this club.”