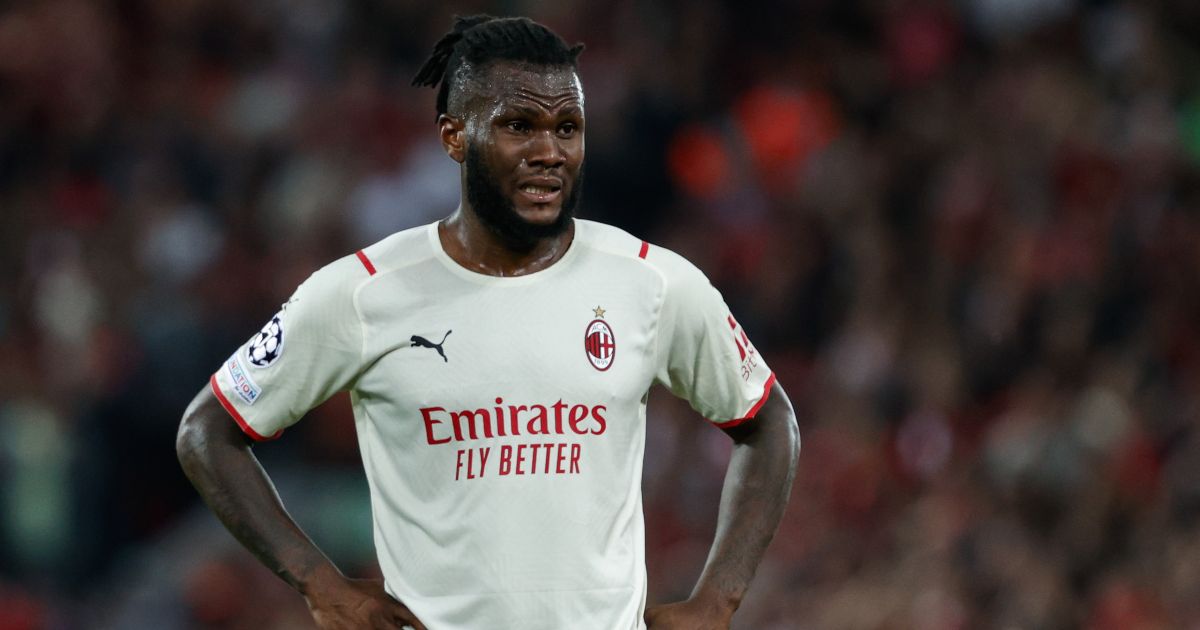 Man Utd are ready to make a move for AC Milan midfielder Franck Kessie if other potential deals fail to materialise, according to reports.

Supporters were happy with the club’s summer business but the icing on the cake for many would’ve been a new central midfielder.

Man Utd were linked with a number of players in that position, including new Chelsea signing Saul Niguez, Eduardo Camavinga – who eventually signed for Real Madrid – and West Ham’s Declan Rice.

Rice seems to be the main target in that position for United with reports consistently linking the Manchester-based club with the England international.

A report on Friday claimed that Ole Gunnar Solskjaer wanted to sign Rice over Ronaldo this summer as he saw the West Ham midfielder as the ‘missing piece’ to his Man Utd puzzle.

However, the Red Devils couldn’t make a deal happen in the summer with the Hammers demanding £100m for the 22-year-old.

Man Utd are likely to go back in for Rice in the summer transfer window but Spanish newspaper Mundo Deportivo claim that they have also ‘set their sights’ on AC Milan’s Kessie in case they miss out on their top targets.

The Ivorian is out of contract at the end of the current season with a number of clubs reportedly chasing his signature.

PSG, Juventus, Real Madrid, Liverpool and Tottenham have all been linked with Kessie, who has been offered a new deal to remain at the San Siro.