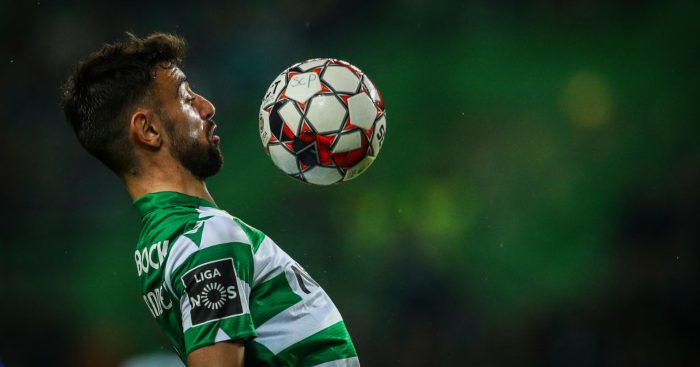 Manchester United have reignited their interest in Sporting Lisbon midfielder Bruno Fernandes, according to reports in Portugal.

Fernandes was linked with a number of Europe’s top clubs in the summer following a season in which he scored 32 goals and provided 18 assists for Sporting, with the player himself revealing that Tottenham came closest to securing his signature.

Man Utd were understood to be one of those clubs interested in Fernandes with reports at the time claiming there was a big difference in valuation of the player.

Ole Gunnar Solskjaer’s side have been linked with a long list of playmakers in January with Christian Eriksen and James Maddison among the names linked with a move to Old Trafford.

And now reports in Portugal seem to back up those claims, with Record (via Sport Witness) saying that Solskjaer and assistant Mike Phelan were in attendance to watch Fernandes as Sporting lost at home to Porto on Sunday.

The newspaper adds that an offer could come from United after their visit to Portugal.

O Jogo add a little more meat to the bones by claiming that the Red Devils are in ‘dialogue’ with the Portuguese club over a potential move for Fernandes.

Man Utd are understood to be ‘reluctant’ to match Sporting’s hefty €70m asking price, giving both sides a problem as they look to strike deal.