Home Mailbox Have Man Utd had the best or worst of interim ideas? 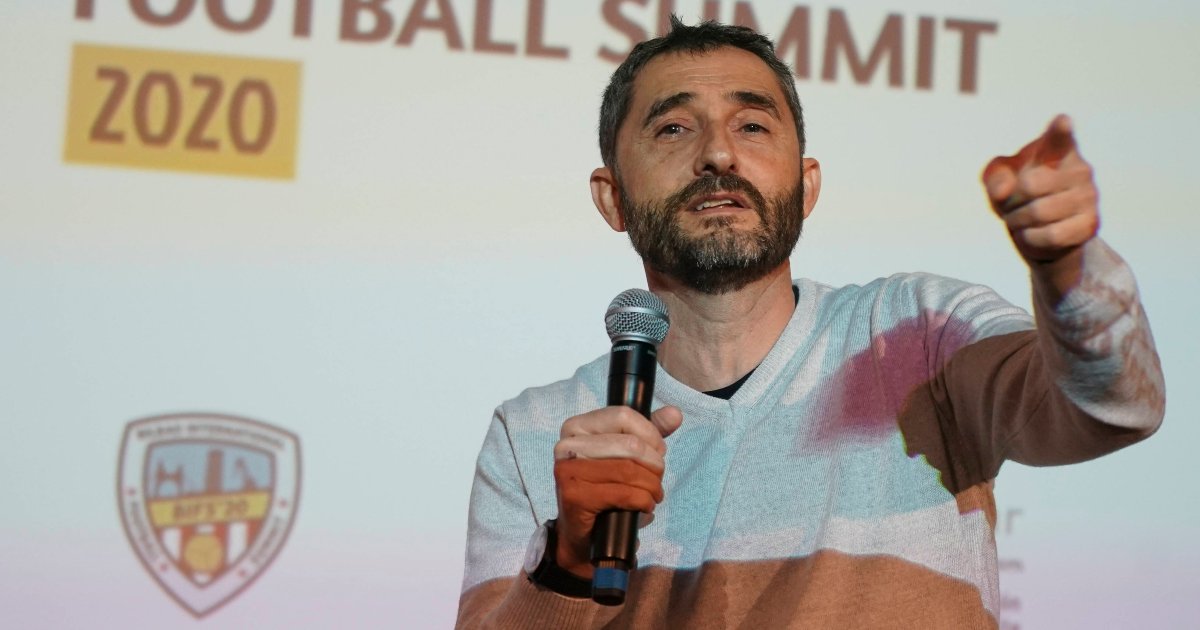 Manchester United are going to appoint an interim manager. Send your views on this and all other subjects to theeditor@football365.com

Man United will appoint the interim manager permanently
So United’s search for a new manager is already a farce. It’s being reported the board have made contact with four managers (Garcia, Valverde, Blanc, and Rangnick) regarding the interim position plus Carrick/Fletcher. Also they’re flirting with Poch and Ten Haag for the permanent position as well as being shot down by Zidane already (phew). That’s nine candidates for two positions in about five days. You’d almost think a business which turns over £700m a year would have a plan for this kind of situation. I suppose you can’t blame them, it’s not like first-team manager is the most important position in the whole organisation.

My issue is not really with the candidates being touted (although Blanc can take his bullshit opinions for a long walk down a short pier) but rather with the idea of having an interim manager at all. Whoever it is, if they do well and by well I mean scraping top four, then the board will give them a contract and we’ll be stuck with another unsuitable manager for few years. For all those now thinking ‘they won’t make the same mistake again’ I WANT TO HIT YOU! If you haven’t been paying attention for the past 15 years it is exactly the kind of crappy decision making this lot specialise in.

If they do get an interim manager and they actually stick to the short-term deal then I don’t particularly care who it is, probably Garcia is the better option. However just go get Poch, pay PSG the money and get him in, its so obviously a good fit. I understand the love for Ten Haag, he’s ready for a big club and he could make United into the best team in the world again, but the structural changes needed to make it work will never happen at United, it’s too much like hard work. Get the guy who wants the job and fits the role.

Finally, Peter in Cape Cod. I’d love to keep Ole in the mailbox for a full year but that’s over 600 consecutive published mails and I don’t think I’ve got it in me to even try.
Dave, Manchester

Actually…
I was listening to 606 at the weekend and Robbie Savage and Chris Sutton were ranting about United’s search for an interim manager, citing it as further proof that the club has no plan. John Nicholson has criticised the idea, as have many in the media and the mailbox.

Is it just me that thinks this is the most sensible thing that United have done since Alex Ferguson left? There is no high quality candidate available. Perhaps Poch will come now, but it seems unlikely. It also seems unlikely that just chucking money at PSG will solve the problem. If they wouldn’t take 200m Euros for Mbappe, knowing he would leave on a free, I don’t think £30m will tempt them to release Poch.

An interim manager makes sense. Wait till the end of the season, when better candidates become available, instead of just diving in and trying to appoint someone unsuitable now.

The worst thing United could do is appoint the wrong person in desperation. Waiting to the summer to appoint Poch, Ten Hag or someone else and using an interim manager in the meantime makes perfect sense.
Mike, LFC, London

Why Pochettino?
It is beyond me how any United fan thinks Poch is perfect for United. His career trajectory with Spurs mirrors that of Ole. Came in, got the team to improve by leaps and bounds, never won a trophy and lost a European final by using bad bad tactics. Add to that, that he managed to lose the league with PSG last year and hasn’t really done anything notable, I do not have an ounce of faith in him to compete with goliaths like Pep, Klopp, Tuchel etc.

Sure, he is a nice guy and I rate him as a coach. But how is this any different from Ole? We need someone who can smash the league to bits, a proven serial winner.
Aman

Has building a team around someone ever worked?
Has it even ever been done before? Seems to be suggested often enough after someone who’s previously been good but been a bit shit for a bit has a good game.
Finlay

The most arrogant whistle-blowing
When I saw the referee at the start of the Villarreal v United match I rolled my eyes and said, oh no not this guy. I didn’t remember why I didn’t like him, but by halftime I remembered.

After first half injury time, Felix Brych put the whistle to his lips and blew once…many seconds went by, then the second longer whistle signifying the half had come to an end. I thought to myself: wtf? That’s the most egregious whistle blowing I’ve ever heard. Absolute madness! In an instant the referee made himself the star of the match.

30 seconds later I get a text from a friend saying: That was the most arrogant half time whistle blow I’ve ever heard!

Another message read: this referee is so self absorbed!

It turned out not to be the maddest whistle blowing I’d ever heard, because after 48 minutes of second half football Felix blew again, with an even more outrageous pattern of silent gaps. We had a water break then almost scored a goal all while the ref finished blowing for full time. So effective was Felix’s manner of spotlighting himself that I’ve even learned his name!

I think the match might have been interesting, but all I hear in my head now is distant wild whistle blowing. So incredible was this distraction that for about 18hrs now I’ve not worried once about who will manage my club next. What a time to be alive!
Jamin, tired of analyzing my team’s actual performances, Montreal

Europa League best bet for Barcelona?
Reading your early loser piece on Barcelona and how they’re staring at dropping into the Europa League, it occurred to me: at this point, might that actually be the most desirable outcome for them?

My thinking is, say they do qualify in second thanks likely to Benfica ballsing things up against Dynamo Kiev, in all likelihood Barcelona would be drawn against a superpower (unless they win the lottery by drawing the winner of the 2nd tier gathering that is Group G), that would almost certainly beat and quite possibly absolutely obliterate them in the Round of 16.

Compare that with dropping to the Europa League where , whilst still being far from a vintage Barcelona, they could conceivably get their act together enough to compete for it, or at the very least stay in the competition much longer than they would in the Champions League.

The 2nd option seems much more beneficial in terms of morale, developing their young team and the added bonus being that if they actually went and won it, as well as papering over the cracks just that little bit, it offers them an alternative route to qualify for the Champions League next season if they struggle to make the top 4 in La Liga.

Either way, I must say it’s quite hard not to enjoy the schadenfreude at seeing them in their current state – num num num num num.
Nick Hamblin, Somerset

Spurs and money
Peter B says “Bearing in mind how often we are told that Spurs have the highest match day revenues in Europe, it came as a great surprise to see the news that they have reported a pre-tax loss of £80.2m for the financial year ending June 2021.” Sorry to bite on this, but it is only a surprise if you can’t count and have no recollection of a global pandemic that shut football grounds across the UK for almost the entire financial year ending June 2021. The results are hardly a surprise unless you have an inability to calculate that zero people through the (admittedly very flash) turnstiles = zero revenue. Good luck with that mortgage thingy Peter.
Rob (I would like to think I would be this agitated about an email questioning any other team’s financial results, but I doubt I would)

Longer half-time breaks?
As a long time fan and former player of American football, I’m used to people not understanding the sport and how it works. Normally, it’s people insisting on calling it “padded rugby”, which serves only to show an aggressive ignorance of three sports. However, today’s champions of misunderstanding are our friends at IFAB, who want to extend the half time break to be a similar length to the Super Bowl.

The point they are missing – perhaps on purpose, is that the Super Bowl is a one-off game, the only single-game final of any of the four major North American professional sports, and as a result has arguably become more a televisual spectacle than a sporting one. That said, generally speaking the games are good, dramatic or both.

During the NFL’s regular season, the halftime break is 12 minutes. Elsewhere, the NHL has 12-minute breaks between their three periods, to allow for the ice to be resurfaced, and the NBA’s halftime is apparently 15 minutes. All of these are entirely sensible times – presumably this is why IFAB wants to do something different.
Ed Quoththeraven