A report has ruled out Man Utd making a bid for Napoli defender Kalidou Koulibaly this summer after persistent rumours. 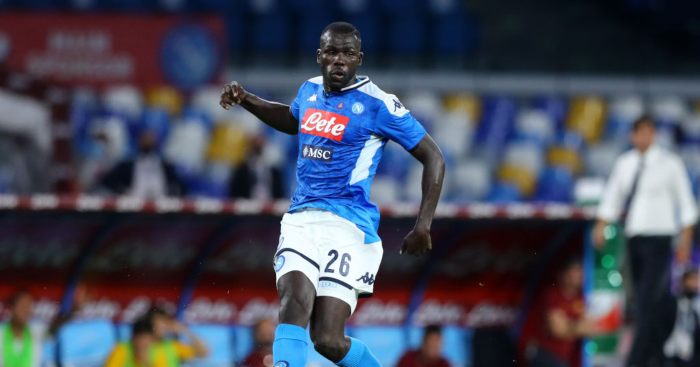 A report has ruled out Man Utd making a bid for Napoli defender Kalidou Koulibaly this summer after persistent rumours.

The Senegal international has been consistently linked with a move to Manchester United with offers going in for the defender during Jose Mourinho’s time at the club.

Koulibaly has been a key part of Napoli’s defence since 2014 when he swapped Belgian outfit Genk for the Serie A club, where he has amassed 239 appearances in all competitions.

Napoli’s outspoken president Aurelio De Laurentiis has been on record to say that a club bid €105m (£92m) last summer with reports claiming that it came from Man Utd.

However, Stretty News claims that Man Utd are ‘not interested’ in Koulibaly despite the club wanting to sign a new centre-back this summer.

The website ‘have obtained information from a source close to the player who has confirmed that the Reds have no interest in Koulibaly and that would only change depending on the fee parent club Napoli demand.

‘No United approach has been made or is expected to be made for Koulibaly.’

The Red Devils were linked as recently as yesterday with a move for Koulibaly with Inter Milan defender Milan Skriniar also reportedly a target.