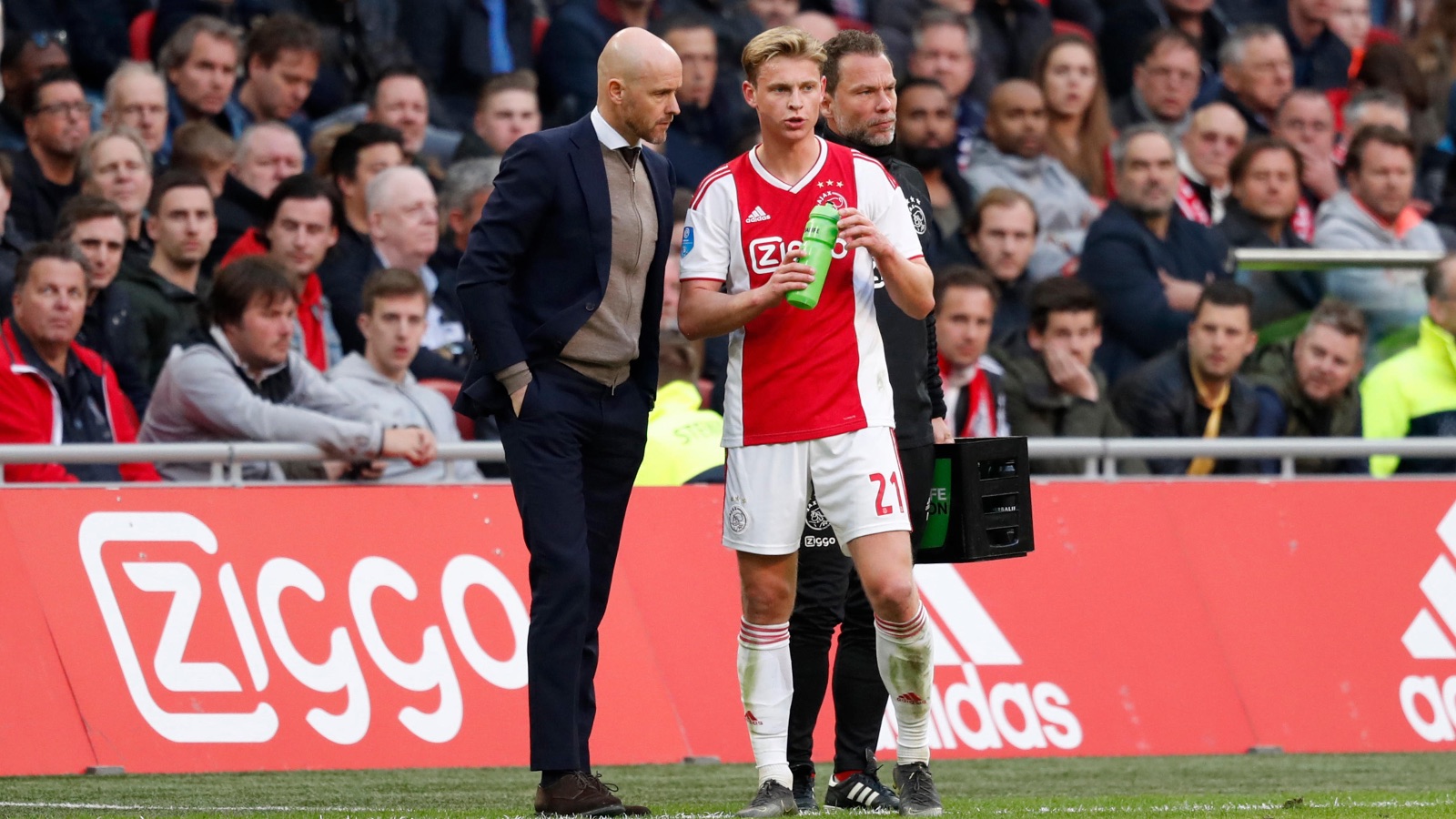 Barcelona star Frenkie de Jong has emerged as ‘one of the priority targets’ for Manchester United, with Erik ten Hag set to be handed a transfer kitty of ‘more than €250m’.

Ten Hag was officially confirmed as United’s new permanent manager on Thursday and will take the helm at the end of the season.

READ MORE: Ten Hag to Man Utd: Inside the ‘inside stories’

The announcement has set the transfer rumour mill in motion with a huge overhaul expected at Old Trafford this summer.

And Sport (via Sport Witness) claim Ten Hag wants De Jong – who played under the Dutch boss at Ajax – to join him in the Premier League.

The midfielder was struggling initially under Barcelona boss Xavi Hernandez but has become more prominent under the Spaniard in recent weeks, and the Catalans expect him to be an integral part of their project next season.

Ten Hag has in the past criticised Barcelona for not making the best use of De Jong, claiming: “With them you can go much further in a competition like the Champions League because they are high-quality players.”

And the report states those high-quality players are ‘what he is looking for’ at Manchester United.

With Nemanja Matic and Paul Pogba set to leave United, there will be a ‘total change in midfield’, and ‘more technical players’ like De Jong can ‘completely change the face of the team.

The report adds: ‘United are very clear about their new idea, but for now they have not taken the step, although at Barça they have already heard sirens on this issue and remain on the lookout’.

Ten Hag will be given a budget of ‘more than €250m’ and has already identified De Jong as a ‘priority target’.

‘There will be an offer’ for the 24-year-old, but the report does admit it’s likely to be a non-starter as not only do Barcelona not want to sell him but De Jong ‘does not want to leave’ as he is ‘comfortable’ at the Nou Camp.

But Barcelona need to make at least one big sale to balance the books before June 30 and a midfielder leaving ‘would be the least detrimental’, and a suitable United bid for De Jong ‘could change the scenario’.