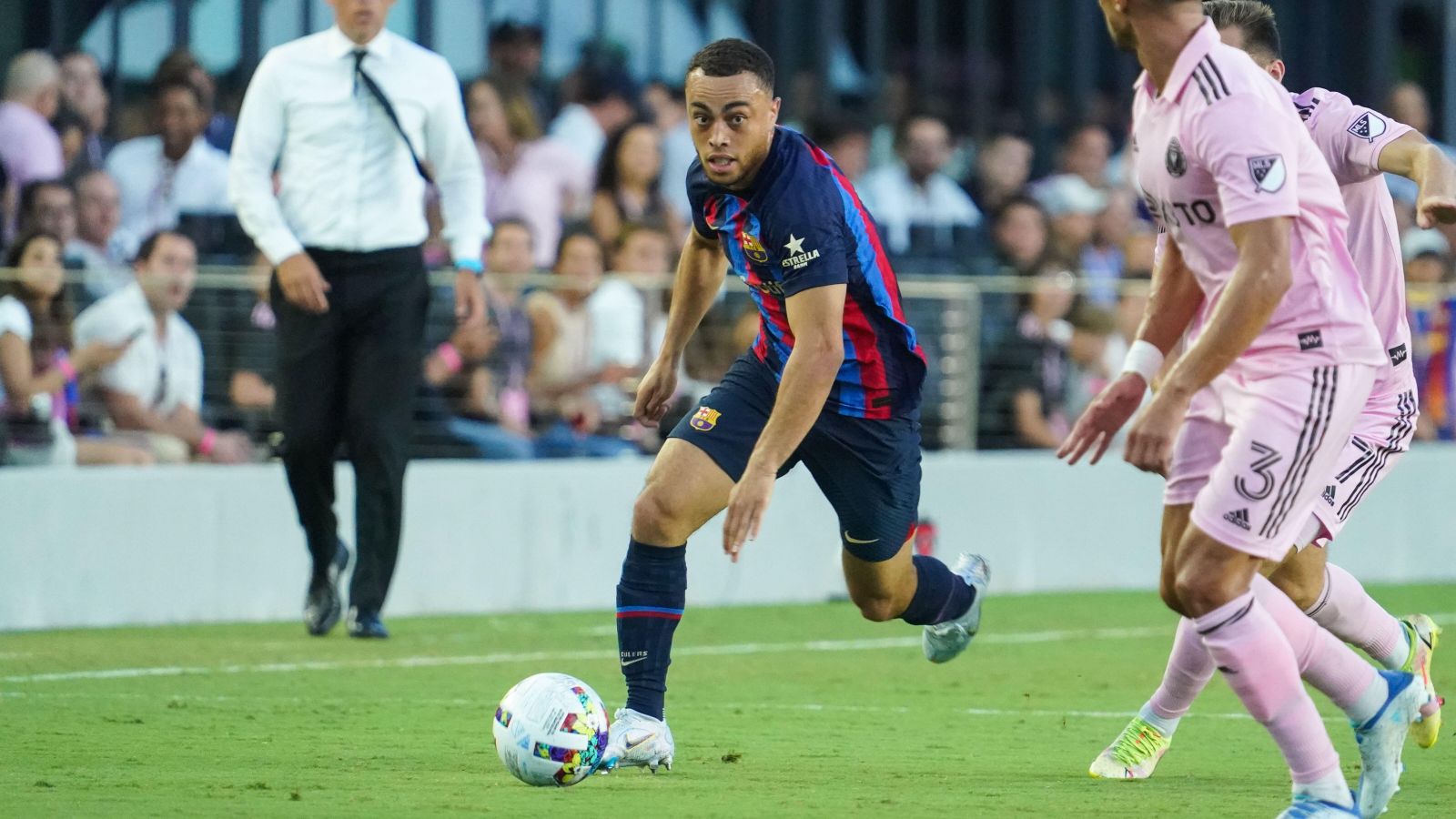 Manchester United are looking at a pair of right-backs to provide competition for Diogo Dalot, which could lead Barcelona to move for an Arsenal wantaway.

MAILBOX: Sir Jim Ratcliffe is what Manchester United fans crave but are the Glazers interested?

The Red Devils are reportedly ‘hoping’ to offload Wan-Bissaka on a temporary or permanent basis this summer.

The player’s former club Crystal Palace are believed to be interested and are willing to pay £10m, which would be a ‘huge and embarrassing’ £40m loss for United.

A report on Wednesday claimed United are closing in on Barcelona’s Sergino Dest as his replacement.

Talks between United and Barca are now reportedly at the ‘final stages’, with the USA international – who was also linked with a move to Chelsea earlier in the summer – expected to cost €20m (£16.8m).

A further report claims the club are looking at the possibility of signing Borussia Dortmund and Belgium defender Thomas Meunier, whom they were interested in before signing Wan-Bissaka in 2019.

Barcelona boss Xavi is thought to be willing to part with Dest, but any move for a new right-back depends on his sale.

They too are interested in Meunier, but won’t be able to compete financially with United, and they’re also keen on former Tottenham star Juan Foyth, though the Villarreal defender’s release clause of €42m will be a stumbling block.

They have a ‘Plan B’ though, according to Sport, who believe they may turn to Hector Bellerin, who joined Arsenal from Barcelona in 2011.

The 27-year-old’s return to the Nou Camp ‘are gaining strength with each passing day’.

Bellerin’s contract at Arsenal runs until next summer but he wants to be playing his football in Spain having enjoyed his loan spell with Real Betis last season.

The right-back is said to be currently negotiating with Arsenal to be released from his contract which would enable him to leave the Emirates for free this summer.