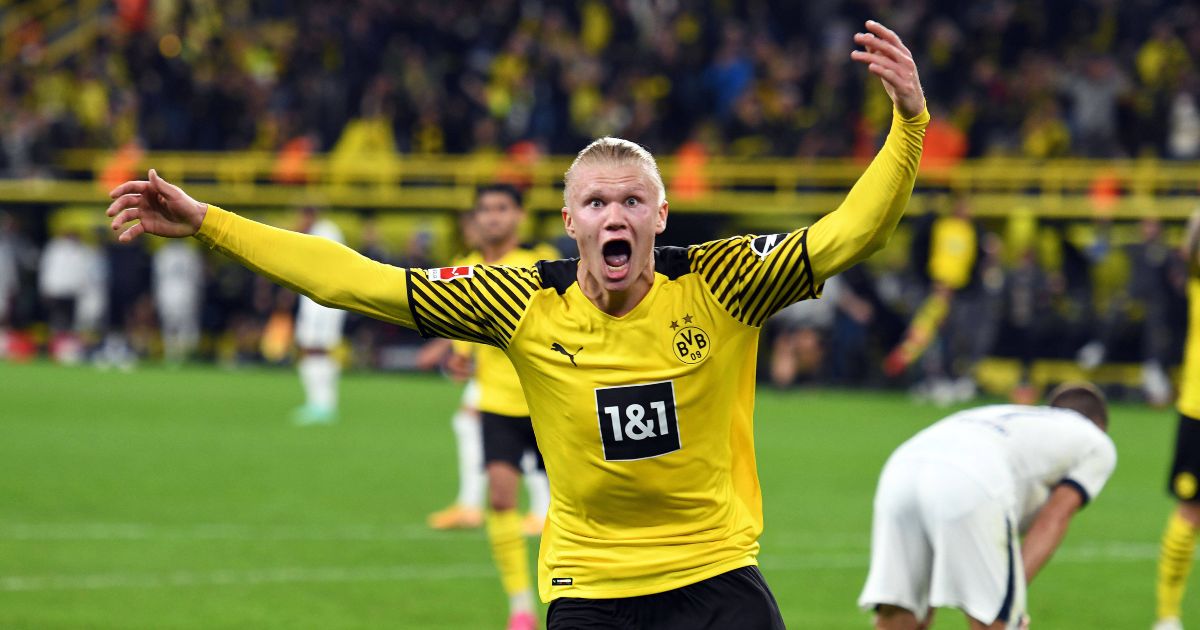 Ole Gunnar Solskjaer gives Man Utd a weapon in their arsenal as they fight to secure the services of Erling Haaland, according to reports in Germany.

With Edinson Cavani very likely to move on next summer, it was understood that the Red Devils would go into the market for a new centre-forward in a year’s time.

However, the arrival of Cristiano Ronaldo on a two-year contract – with the option of a third – could complicate matters as the Portugal international is unlikely to settle for a place on the bench.

Despite that, there are already fresh rumours that the Old Trafford club could swoop for Borussia Dortmund striker Haaland next summer when his reported £68m release clause comes into play.

Chelsea were reportedly weighing up a move for the Norway international this summer before Dortmund and the player’s huge demands saw them turn to Romelu Lukaku, who they signed for £97.5m.

German newspaper Bild (via Sport Witness) are already building towards next summer’s transfer window as they claim Man Utd, Man City and Paris Saint-Germain are the three clubs with the most interest in Haaland.

They claim that City are ‘currently in pole position’ after missing out on a deal to sign Harry Kane from Tottenham in this window.

Kane was desperate to leave his boyhood club for the Citizens but Spurs chairman Daniel Levy dug his heels in and Kane conceded defeat.

Bild add that City boss Guardiola ‘would have to choose’ whether to sign Haaland or make another offer to sign the England international.

Man Utd and PSG are the two other clubs that can ‘afford’ to sign Haaland considering his reported astronomical wage demands.

They give the Red Devils an advantage over the other two clubs this summer, though, with the Solskjaer factor understood to be a ‘plus point for United’.

Haaland played under Solskjaer during his time at Molde and that relationship could help Man Utd out next summer.