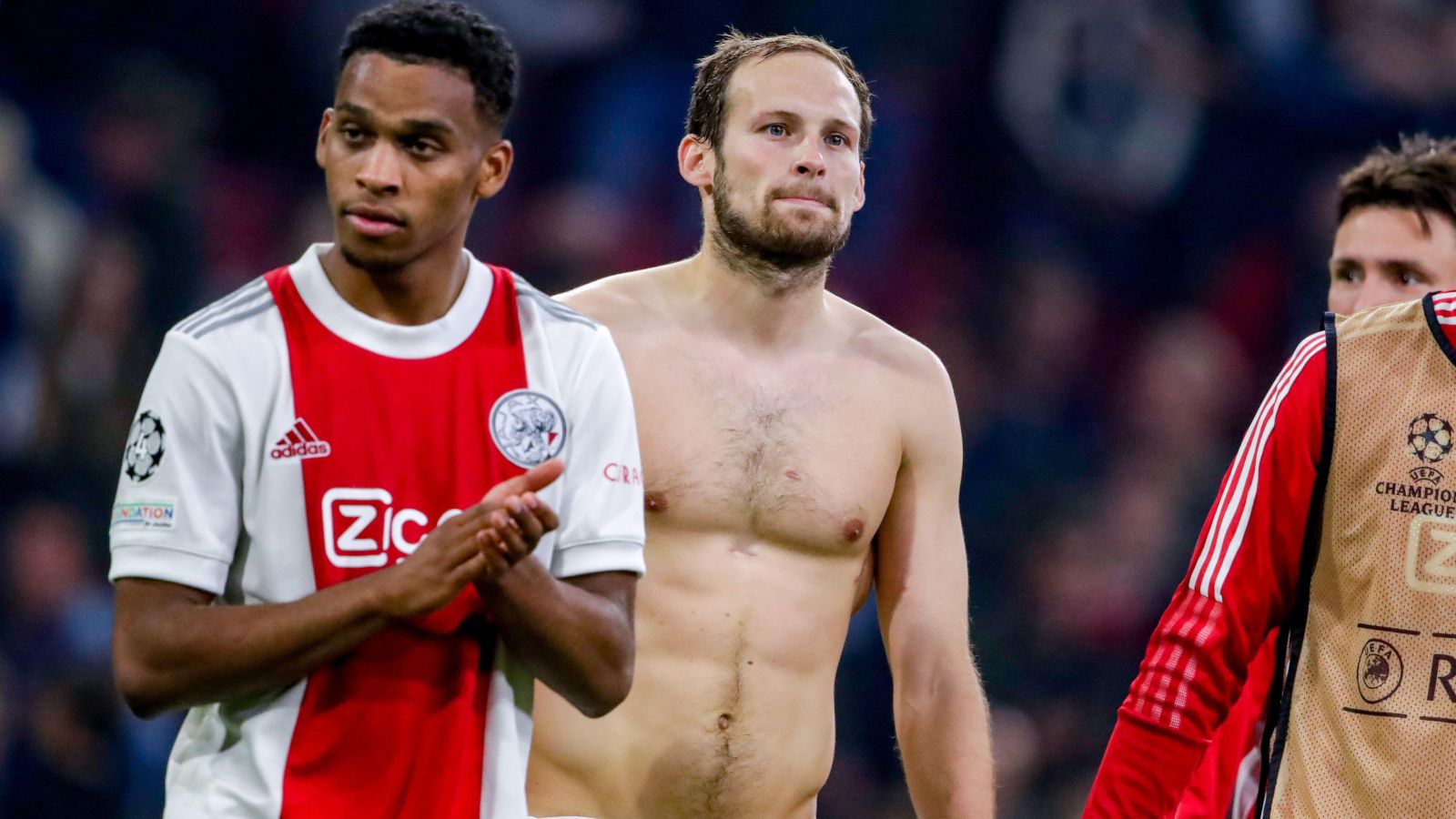 Former Man Utd defender Daley Blind wants Jurrien Timber to stay at Ajax for another season amid speculation linking him to Old Trafford.

Timber has been in brilliant form this season for Ajax as he helped the club win the Eredivisie, playing 43 times in all competitions.

The Netherlands international made his breakthrough season in 2020/21  and has now gone on to make 74 appearances for the Dutch club, while earning seven senior caps for his national team.

Timber has been heavily linked with a move to Man Utd following the arrival of former Ajax boss Erik ten Hag at Old Trafford – but Blind is hoping his compatriot will remain at the Johan Cruijff ArenA for another season.

During a national team press conference, Blind said: “He is wise enough to make his own choices. I don’t need to explain what kind of talent and player he is. How important he is to us.

“What he shows from the start though is unbelievable. Of course, as a teammate, I hope he stays for another year. I cannot influence that.

“I can only say that Ajax must do its best to keep him.”

Speaking recently, Timber said that he doesn’t feel like he’s “done at the club” and admitted that his “gut feeling” will decide his future.

Man Utd-linked Timber said: “In the end, my gut feeling will be the deciding factor. The picture has to be right.

“You can go to a big club. But if you’re not going to play there it’s better to stay with Ajax. And Ajax is also a big club. We play football in the Champions League and I play there together with the best players in the Netherlands. That is not nothing.

“Of course, I can develop further [at Ajax]. I am 100 per cent sure of that. I don’t feel like I’m done at the club. But I can also develop at other clubs.

“I am now focusing on the upcoming international matches and then go on holiday. Then I’ll have to think about it some more.”

But one Dutch journalist is absolutely convinced Timber will end up at Man Utd next season as he’s “made his mind up”.

Marcel van der Kraan told talkSPORT: “I’m absolutely convinced he’s going to get Timber in at Manchester United. I know the player said he has to think about leaving Ajax… I think it was all political talk.

“I think he’s already made his mind up and he will join Ten Hag.”