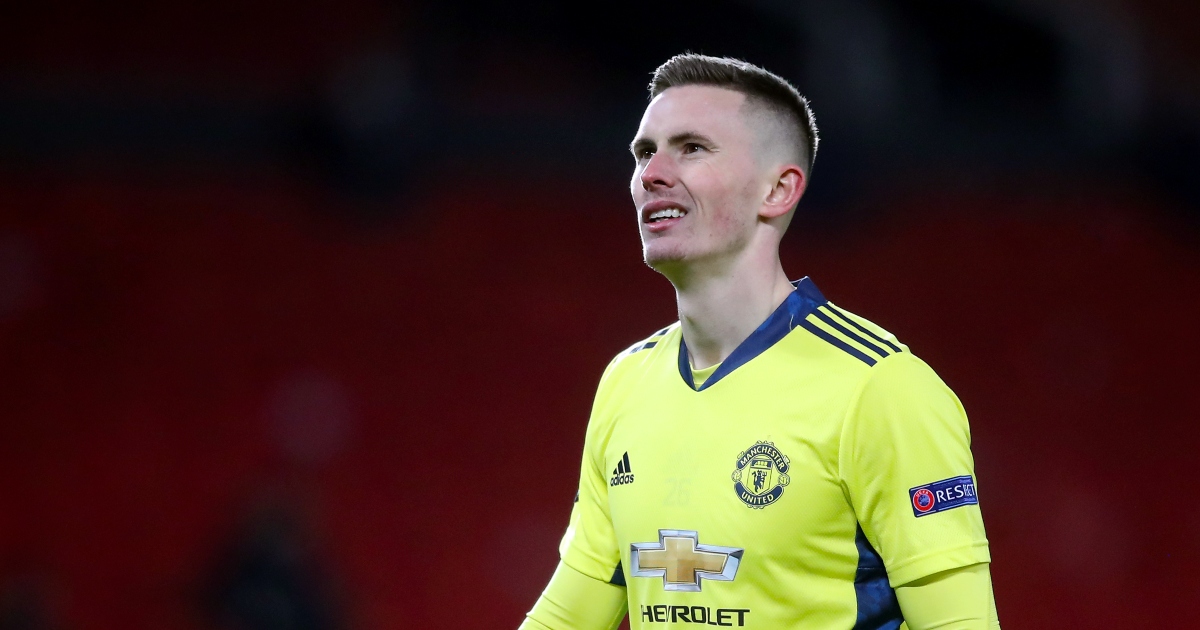 Henderson is said to have asked to leave United having fallen back behind David de Gea in the pecking order at Old Trafford.

Amid De Gea’s struggles while Henderson impressed on loan at Sheffield United in the 2019-20 season, Henderson returned to United to battle for the No.1 spot.

But De Gea’s form has improved dramatically and Henderson is unable to displace the Spanish stopper from between the sticks.

Reports suggest Henderson handed in a transfer request, but United and Ralf Rangnick were reticent to let the 24-year-old leave with no suitable backup available.

It’s thought Rangnick had persuaded Henderson to stay and fight for his place, but that didn’t stop Watford making a last gasp bid for the goalkeeper on deadline day.

The Manchester Evening News claim United ‘blocked’ the move as they ‘did not have enough time to recruit a backup goalkeeper’.

The report adds that Henderson’s future now ‘hinges on whoever becomes the next permanent manager at United’, with the club yet to reveal whether they would be willing to sell him.

United are said to have put their search for a replacement for Rangnick ‘on hold’, with the German in the frame to take the role on a permanent basis.

Back in November, former United goalkeeper Mark Bosnich urged Henderson to push for a move from United.

“I think he should go. He’s at the stage of his career where he needs to be playing regular football,” Bosnich said.