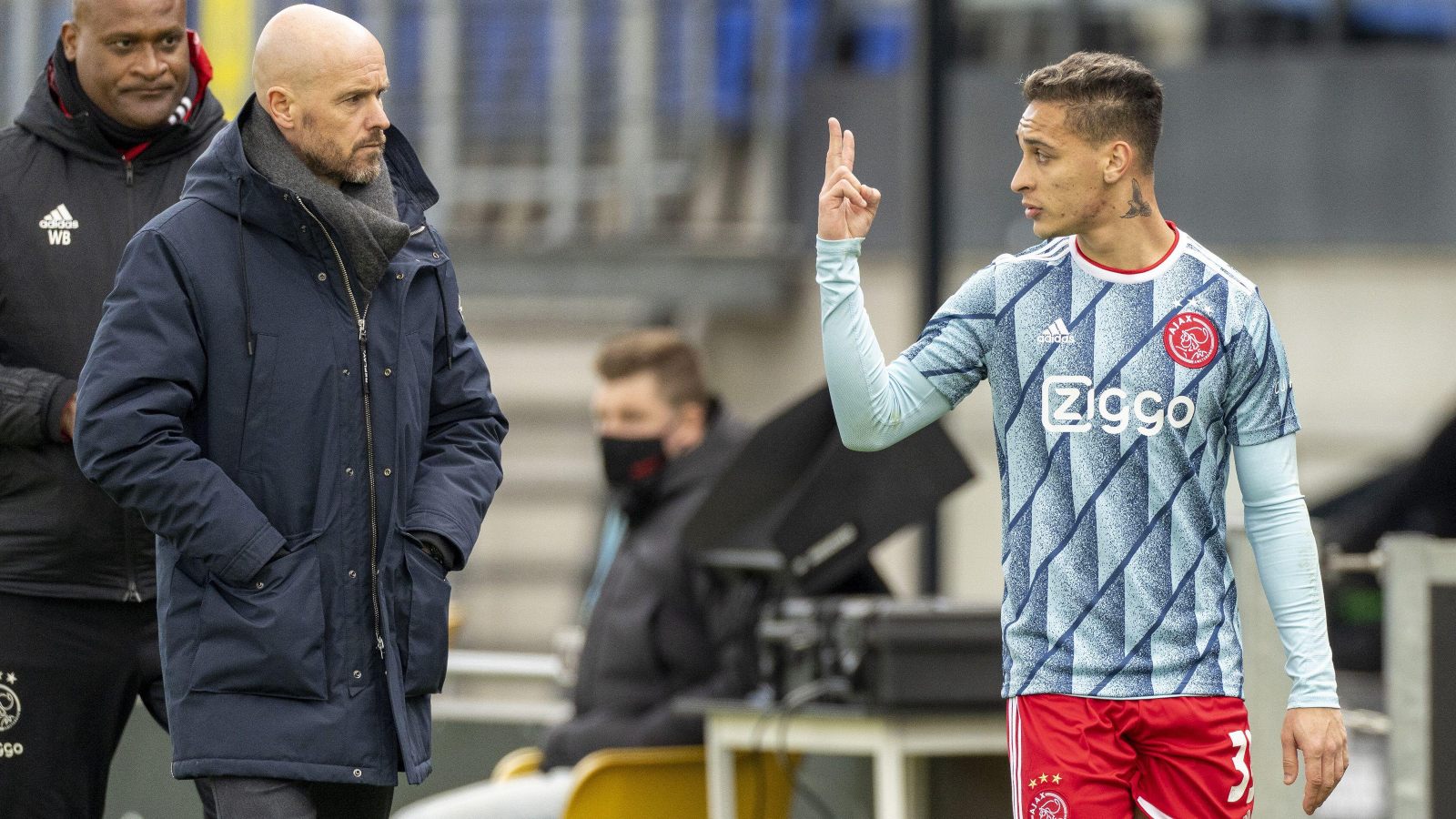 READ MORE: Has Cristiano Ronaldo damaged his brand with his own hubris this time?

The Brazilian – reportedly valued at £68m by Ajax – thrived under new United boss Erik ten Hag in Amsterdam and the Dutchman is keen to have the forward to call on at Old Trafford next season.

But Ten Hag’s replacement at the Ajax helm believes the forward will remain with the Dutch club, who have already “sold so many players”.

When asked about Antony’s future, Schreuder told ESPN: “I really think he will stay. Of course, we have sold a lot of players now. That has not happened in recent years.

“We have also bought players. But we have sold so many players that I assume nobody will leave.”

Asked if the club would set a deadline, past which no other players would leave, Schreuder replied: “No, we did not discuss that. But we do talk to each other daily.

“I assume that no one is leaving. If we sell one more key player, it wouldn’t be good for us.”

Ajax have already sold a number of their best players this summer, with Sebastian Haller joining Borussia Dortmund, both Noussair Mazraoui and Ryan Gravenberch moving to Bayern and Lisandro Martinez already making the switch to Old Trafford.

Ten Hag reiterated on Friday the need to bring in new faces despite some promising signs on tour.

“We sign Eriksen for the midfield department,” the Man Utd boss said. “We are really happy with that.

“Yes, I am really happy with the performance from our midfield and offence department in this moment.

“But I also know this season – we talk about it in Bangkok and Melbourne as well – is a lot of games, the World Cup, so we need more options where you have a good team.

“And it’s not only about the team, you need a good squad to get the right results at the end of the season.

“So we have to strengthen the squad even more and we are looking around, but also we need the right players.”