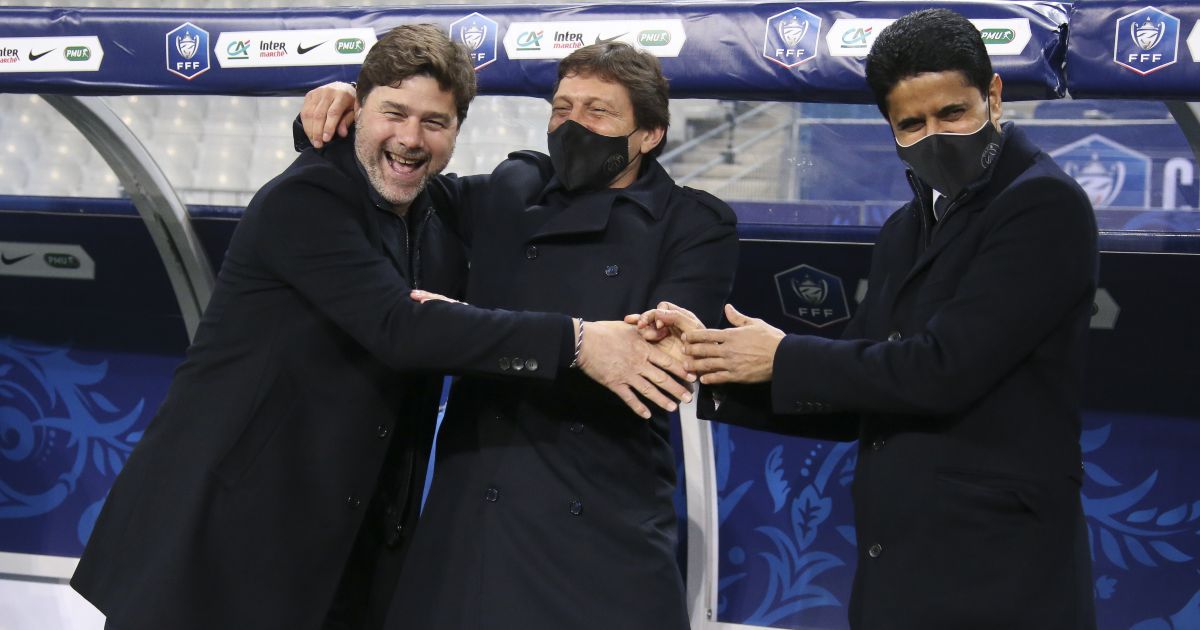 Paris Saint-Germain sporting director Leonardo has denied reports claiming Mauricio Pochettino could be on his way out at the end of the season.

Pochettino won the Coupe de France last term having joined the club in January 2021 and looks set to win the Ligue 1 title in his second season with PSG 15 points clear at the top of the table.

The French side also hold a 1-0 over Real Madrid after the first leg of their Champions League last-16 tie.

But there have been widespread reports suggesting PSG will look to appoint Zinedine Zidane to replace Pochettino should the Argentinian not win the Champions League this term.

That could pave the way for Pochettino to become United’s new permanent manager, with the former Spurs boss among the Red Devils’ preferred candidates to take over from Ralf Rangnick.

“I can say that Mauricio Pochettino has never asked to leave. I have no problem with him. We talk about everything.”

Erik ten Hag is also in the frame to take over at Old Trafford and is taking steps to ease a move to the Premier League, while Sir Alex Ferguson has asked the club to consider former Chelsea and Everton boss Carlo Ancelotti for the role.

United’s football director John Murtough has revealed that a “thorough process” is ongoing to pick out their new permanent manager this summer.

“We know that consistency is key as we strive for a top-four finish this season,” Murtough said.

“I want to reiterate however that this is not the ultimate objective for Manchester United, and everyone at the club is focused on challenging for the top trophies.

“We are now conducting a thorough process for the appointment of a new permanent manager who will take charge this summer, with the objective to get us back to challenging for those domestic and European titles.”