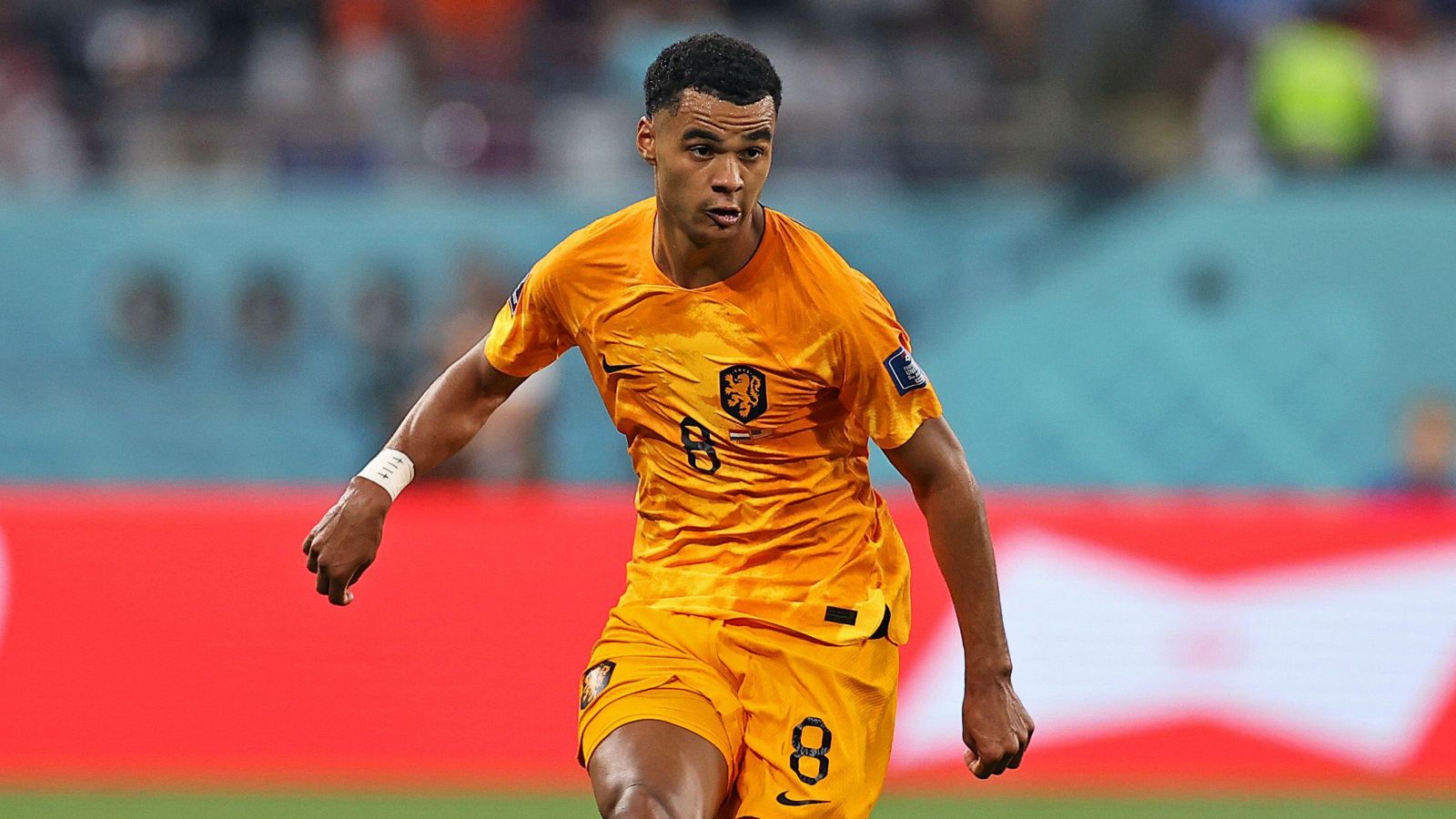 Man Utd have been boosted as it is being reported that there is currently “no indication” that Liverpool will make a move for Netherlands star Cody Gakpo.

The attacker was linked with Man Utd in the summer but they ended up focusing on signing Antony from Ajax.

Gakpo admitted after the summer transfer window closed that he was “waiting” for Man Utd even though Leeds United and Southampton were also in for him.

The Dutchman has taken the disappointment of not getting a move very well.

He has made a scintillating start to the 2022/23 campaign with him grabbing nine goals and 12 assists in 14 Eredivisie appearances for PSV.

Gakpo has taken that form into the World Cup as he has scored three goals in the Netherlands’ opening four games.

He has shone as they have booked their place in the quarter-finals of the competition. They face Lionel Messi’s Argentina next.

The 23-year-old was rated at around £25m in the summer but it is now believed that he will cost upwards of £50m in January.

Man Utd are back in the running to sign him and they have funds at their disposal following Cristiano Ronaldo’s early exit.

Liverpool and Arsenal have also been linked with Gakpo in recent weeks and TeamTalk transfer expert Graeme Bailey has provided an update on his situation.

Bailey expects Man Utd to “push ahead” to sign Gakpo and Liverpool are unlikely to rival them.

“Cody Gakpo has been so good in Qatar, very good – arguably the star of the tournament so far,” Bailey told TeamTalk.

“He has really shown what he can do, in many positions, including as a central forward.

“Many doubted that once Cristiano Ronaldo left that Gakpo could replace him, but we have seen that he actually represents a very good fit to what United are looking for, and it is easy to see why Erik ten Hag is so keen on him.

“Gakpo is a player that Ten Hag knows well from his time in the Netherlands and is represented by the same agency.

“He was one of the first names picked out to United when he took charge, but they had other moves they wanted to make first (Antony).

“Now, I am told United’s hierarchy have been very impressed with Gakpo in Qatar and his performances have cemented their belief that he is right for them.

“I fully expect United to push ahead with a move in the New Year, but such is his continuing progress we know that others are looking.

“Liverpool have been linked, but as it stands, there’s no indication that they will launch a rival bid.”