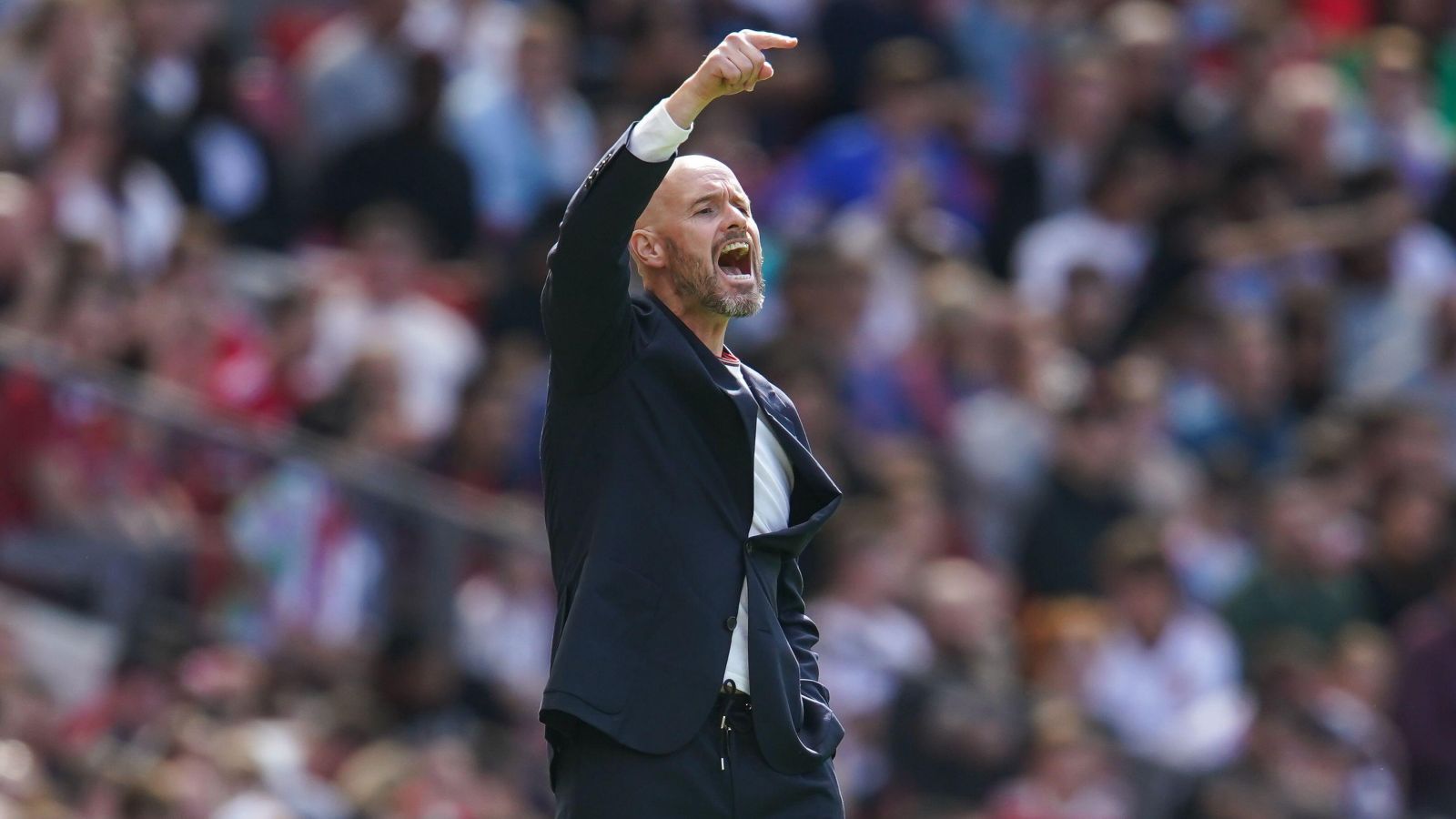 Man Utd and Erik ten Hag’s pursuit of former players and staff at Ajax has angered some media personalities around the Dutch club.

Ten Hag took Ajax assistant Mitchell van der Gaag with him to Old Trafford this summer after swapping the Eredivisie for the Premier League.

So far he has only signed Lisandro Martinez from his former club but potential moves for Ajax duo Jurrien Timber and Antony have dominated a fair few column inches this summer.

There is little chance that Timber moves to Man Utd now they’ve signed Martinez and Sky Sports reported yesterday that any possible transfer for Antony is now ‘completely off the agenda’.

Despite it mainly being tabloid speculation, Kokkie, from Ajax media duo Kale and Kokkie, is not happy with Ten Hag and his persistent pursuit of Antony and other players.

“One thing: leave Ten Hag in England. I’m so terribly done with that man,” Kokkie told AT5 (via Sport Witness).

“First he takes the assistant coach. Fine. Then he drives Timber crazy, drives Martínez crazy and then he wants the video analyst again. Then he drives Antony crazy again.

“Ajax has indicated 45 times that Antony is not for sale and he just keeps coming. I’m starting to find him really boring. He knows that Ajax is busy with [Brian] Brobbey and then you go and call Brobbey. Is that respect for your old club?”

One man who is happy with Ten Hag is Rio Ferdinand with the former Man Utd defender pleased to see “more clarity” in their play under the Dutchman.

Ferdinand told the Daily Mirror: “I don’t really look at results in pre-season. I’ve played far too many games in pre-season and lost and it had no reflection on the coming season.

“I think it’s more about the noises I’m hearing out of the training ground from the players, listening to individuals talk really positively… there seems to be a bit of a spring in their step now.

“You don’t want to get too carried away, but it’s positive to hear the messaging and direction in training…

“It seems like there’s a lot more clarity and there’s a better understanding of how they want to play. And they’re enjoying it, most importantly.

“And the discipline, I read an article about a player being dropped for a couple of games – completely from the squad – because of punctuality problems.

“Things like that are elements that I’ve been calling for and wanting to see in the last few years. At the moment, in pre-season when there’s no pressure, it seems to be going quite well.”