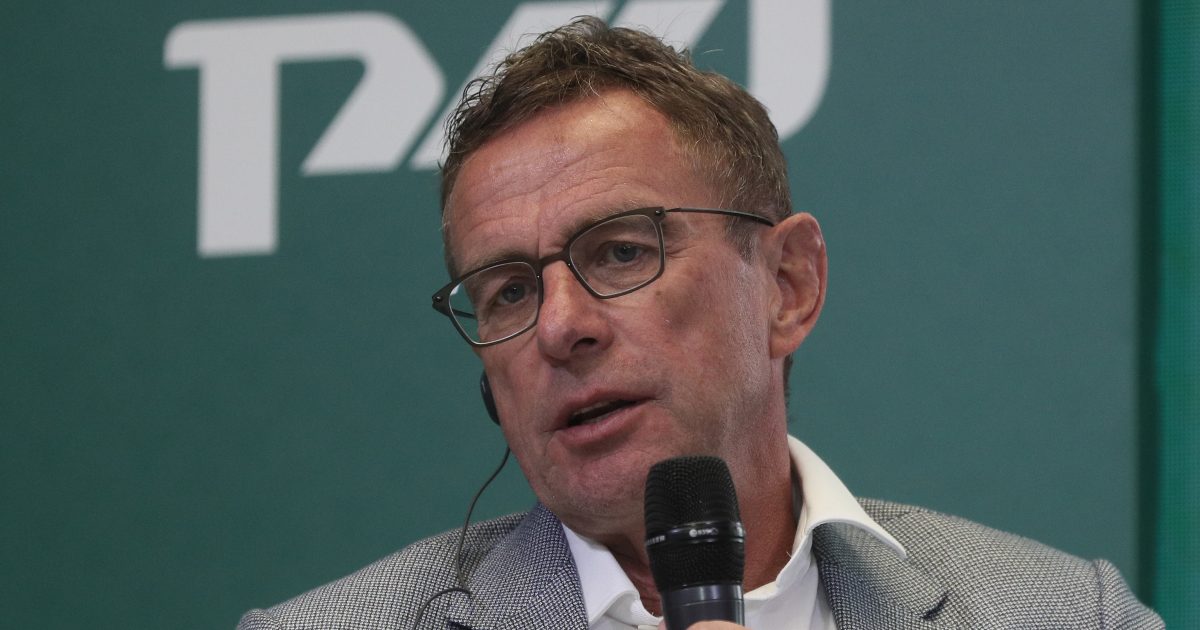 According to reports, Man Utd interim boss Ralf Rangnick “won’t be in charge” of his new club on Thursday night when they face Mikel Arteta’s Arsenal.

Rangnick was confirmed as United’s new interim boss on Monday morning. This appointment comes after Ole Gunnar Solskjaer was sacked earlier this month.

Solskajer’s replacement has previously had spells at Schalke and RB Leipzig in the Bundesliga.

Rangnick is set to be in charge until the summer. At that point, he will take up a consultancy role for another two years.

Man Utd face Arsenal at Old Trafford on Thursday evening. Rangnick will not be in the dugout though.

BBC Sport reporter Simon Stone has revealed that the German “won’t be in charge” versus Arsenal:

Ralf Rangnick won't be in charge for @ManUtd game against Arsenal on Thursday. Club continuing to work through visa and COVID process.

Elsewhere, Graeme Souness has questioned United’s decision to appoint Rangnick. He believes they need “someone to make an impact now”:

“This is the third interim manager since Fergie went. I don’t get it,” Souness said.

“The man Rangnick’s CV is not one you would go ‘wow’ and doesn’t jump out at you. He’s not been super successful. I think he’s won one trophy.

“His talent would appear, and we will find out, to go into a football club and develop the structure and improve in a five to ten year period.

“That’s what you are judged on. You walk into a football club, get the best out of the players and then if you are there long enough you can bring your own ones in to kick on.

“Right now, Manchester United have an underperforming squad of players.

“Will this new guy, who has never been in the Premier League be able to do that? I don’t think so.

“I don’t get this appointment on any level. If you are thinking about five or ten years time and the structures he might put in place [okay], [but it’s] six months and then he’s going to take a nice consultancy role. A nice pension for him, 63 years old, it’s lovely work if you can get it.”