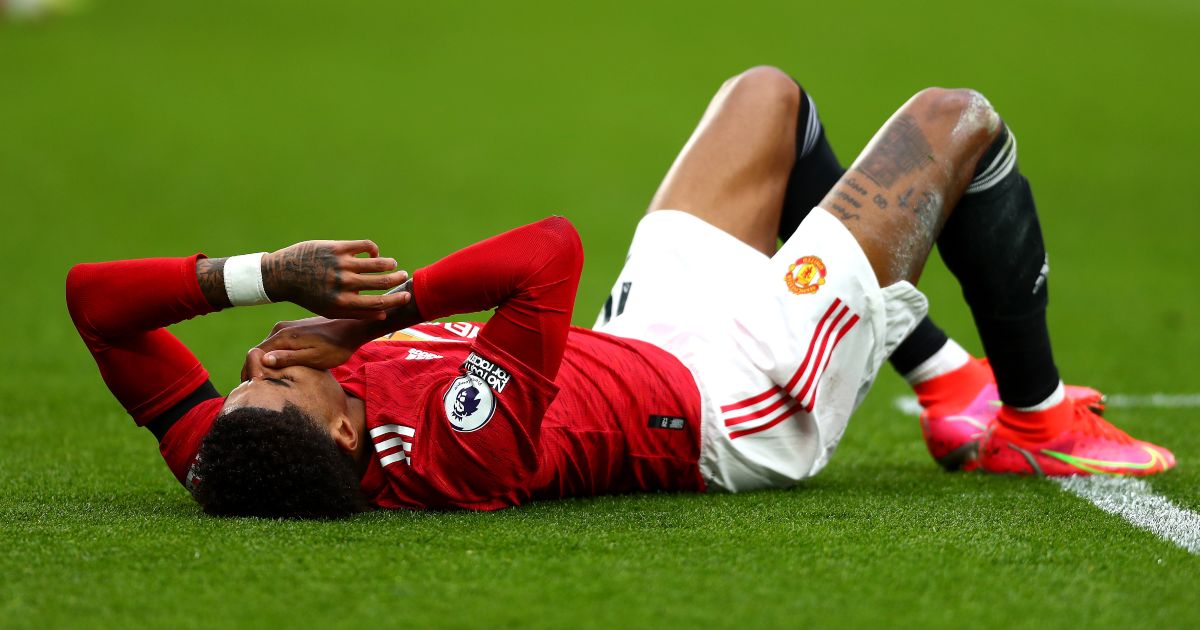 Ole Gunnar Solskjaer has to decide whether Man Utd forward Marcus Rashford will able to face Burnley without aggravating an ongoing foot complaint.

The 23-year-old had to withdraw from England’s March meet-up with a foot/ankle issue that he managed through this month’s wins against Brighton, Granada and Tottenham.

Rashford was taken off midway through the second half of each victory and was an unused substitute as United secured safe passage to the Europa League semi-finals on Thursday.

The forward missed training on the eve of the game but put his hand up to be involved in the 2-0 second-leg win against Granada, with Solskjaer now having to assess his availability to face Burnley in the Premier League on Sunday.

“Big bonus that he didn’t have to put any pressure on his foot, yeah,” the Man Utd boss said.

“I’ve got to hope that he can be available and not make it worse. That’s the decision I’ve got have to make, so fingers crossed.

“He wasn’t due to be on the bench today, really. He didn’t train yesterday but, just in case, he put his hand up and said, ‘if needed I could do a job’.

“So, it’s a decision I’ve got to make on Sunday morning but he’s important for us.

“It’s a difficult one because you’ve got to go by how Marcus feels in a couple of days.”

Sunday’s match could see Eric Bailly return to the United squad for the first time in a month, having tested positive for Covid-19.

“Eric has been isolating back home in Ivory Coast,” Solskjaer said. “He’s back to England now and hope that he can be available for the weekend.

“Hopefully he can train (on Friday), depending how he feels within himself.

“But he had a test (on Thursday), so we need to get confirmation that he’s still negative.”

Bailly’s future and happiness has been the subject of speculation recently, with the centre-back’s United contract expiring next year.

“I know there’s been speculation. We’re talking to him about his contract so I don’t see any issues, really.”