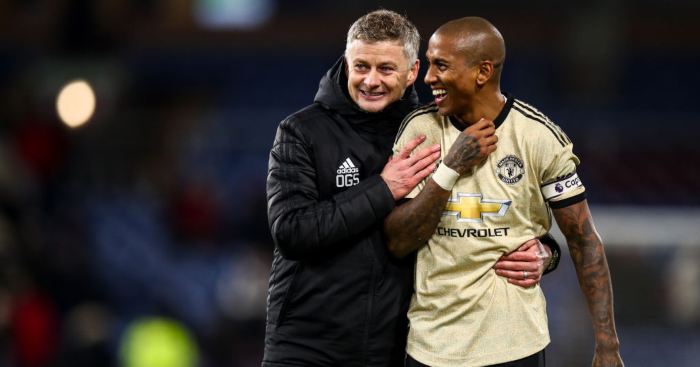 Ole Gunnar Solskjaer says they will continue to evaluate Ashley Young’s future at the club amid rumours that he could leave to join Inter Milan.

Young has six months left on his contract at United and has reportedly been offered a one-year extension on his current deal by the club.

There were reports earlier in the week that Young had already said ‘yes’ to Inter over a possible move with Antonio Conte prepared to offer him an 18-month deal.

However, Solskjaer seemed to hint at his press conference on Friday that there had been no offers for Young.

“He’s one of our players,” Solskjaer reiterated. “He’s our captain. There’s loads of speculation and we’ve just got to handle it – we’re getting used to that in club – and Ashley’s been very professional and focused, so I don’t think that’s going to change.

“That (Young’s future) is a discussion that me and Ash will have if something comes up, we haven’t got too many players fit and ready, so we need the ones we have.