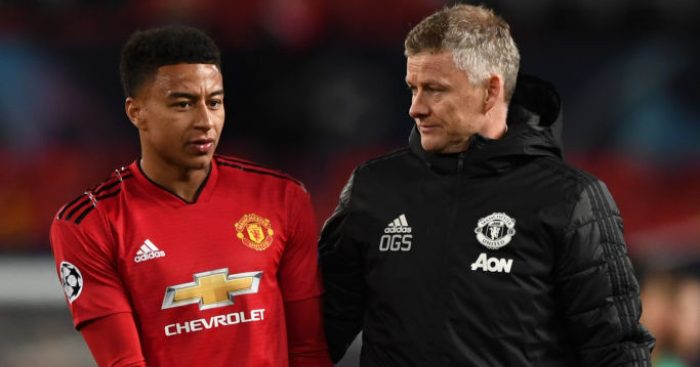 Manchester United boss Ole Gunnar Solskjaer is not happy with Jesse Lingard over a Snapchat video he posted showing himself on holiday with friends, according to reports.

Jesse Lingard posted this video on his snapchat. This man definitely had about ten bottles of Ciroc before uploading this. Ole won’t be happy 😂 pic.twitter.com/BMZVqyeZJD

And the Daily Mail reports that Solskjaer ‘is said to be angry’ over the video and ‘is expected to contact Lingard to discuss the incident before the squad report back for pre-season training’.

The newspaper report continues by saying ‘the 26-year-old England international intended to save the video but ended up posting it on his account instead.’

Meanwhile, Rangers legend Ally McCoist hit out at Lingard on Thursday with a talkSPORT rant.

“The sad thing is I’m not surprised, I don’t know if any of this nonsense on social media surprises me anymore,” McCoist said.

“I understand totally that social media is a massive part of today’s world, particularly with the younger generation.

“But at the same time, surely you’ve got to show a bit of responsibility and common sense when you’re using it.

“I’m looking at the reaction from Manchester United fans, and they’re worse than angry, they feel completely let down.

“He’s well entitled to go on holiday and have a good time, but why would you put something like that on social media? Does he actually think that’s going to benefit him?

“I don’t think there’s ever been as much of a gulf between the top players and the fans. Young fans are looking for role models – that isn’t a role model.

“Bryan Robson, Roy Keane, Sir Alex Ferguson, imagine them watching that – what are they thinking?”