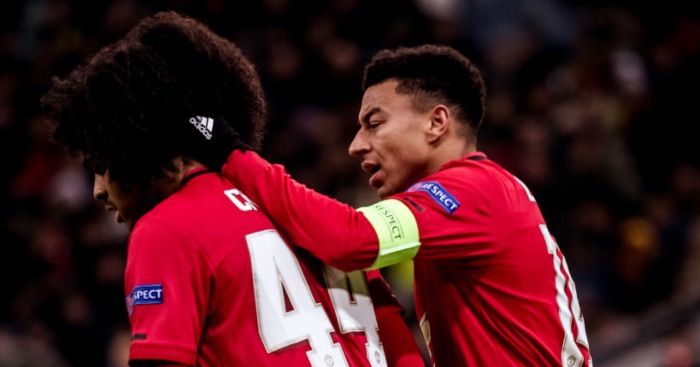 The Red Devils lost 2-1 in Kazakhstan in their penultimate Europa League match before the knockout phase, with Chong missing an open goal when United were 1-0 up in the 54th minute.

The academy graduate was inconsolable in the dressing room after the match, and apologised to his teammates, Solskjaer confirmed.

The manager also revealed that Chong apologised to his team-mates for missing the chance.

“Yeah, of course he knows he messed up, but he said the same in the dressing room,” Solskjaer said after the game, reports the Daily Express.

“It’s a difficult game, but no forward or striker should worry about missing chances.

“That’s about growing up. I think I did that as well when I was young.”

The winger was visibly upset with himself on the pitch, putting his hands to his head in despair.

Left-back Luke Shaw delivered a drilled cross to an unmarked Chong at the far post, who blazed over from six-yards out.

Despite the defeat, Solskjaer said that some of the younger players in the team were “knocking on the door” of the first-team squad.

The manager decided to name a very inexperienced team for the trip to Kazakhstan, with only Jesse Lingard, Luke Shaw, Axel Tuanzebe and Lee Grant as first-team members of the squad.

“I think some of these might benefit from going out on loan,” Solskjaer added.

“Of course, they need men’s football, and it was a first taste of it for some of them. Some of them are also knocking on the door for us.

“You can see the way we dominated midfield, with Jimmy Garner and Dylan playing together. Di’Shon was composed, Ethan was marauding down the right-hand side, particularly in the first half. Some of these have done themselves a good favour.”

United next host Aston Villa in the Premier League on Sunday (4.30pm).