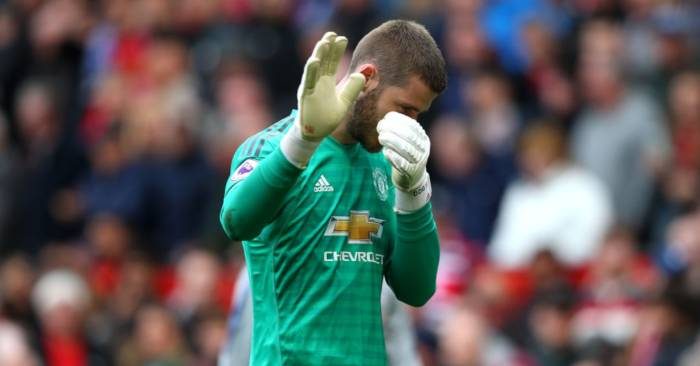 Manchester United are preparing themselves for a bid from Paris Saint-Germain for goalkeeper David de Gea, according to reports.

The French side have announced that current number one Gianluigi Buffon will leave the club when his contract expires at the end of the month, with Lazio rumoured to be a possible destination for the Juventus legend.

De Gea is out of contract next year and reports in May suggested the Spain stopper has informed United that he will not be recommitting to the club he joined in 2011.

The 28-year-old is said to be looking for a salary in the region of £350,000 a week and with Ed Woodward refusing to satisfy those demands, PSG are waiting to make United an offer.

And now ESPN FC claims that United ‘are braced for a bid’ from the French giants this summer after they announced Buffon’s departure.

The report adds: ‘United have privately insisted they will not cash in this summer but there are fears their resolve will be severely tested by a big-money move from PSG.’

PSG are thought to be the ‘most serious threat’ to United’s hopes of keeping De Gea with Juventus and Real Madrid also linked with the Spain international.

The French side could offer De Gea the lucrative contract he wants, while they would also be able to afford to offer United a large fee.