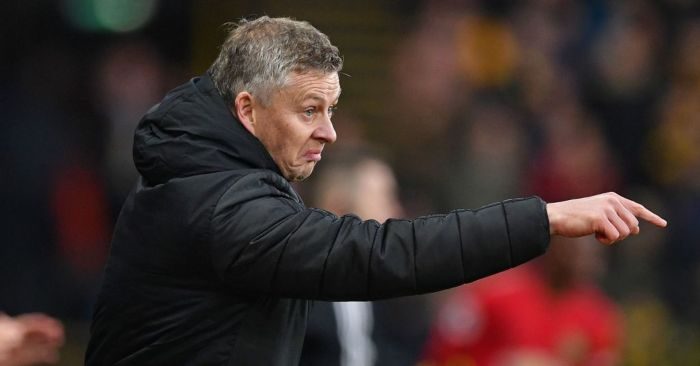 Six points from Tottenham and Manchester City; one from Everton and Watford. The Manchester United maze is inescapable, interminable and inexplicable.

When they drew with Everton last weekend, their points tally against the Premier League’s bottom half stood at nine points. It was the lowest of any top-half side by six, half of Arsenal’s total.

That number, despite defeat to Watford, is now ten. But that is a reflection only of the Gunners’ own descent to 11th than United’s into a similar abyss.

Arsenal have at least taken measures to prevent further embarrassment and enact actual change. United have done the opposite. They are committed to this, determined to justify it through sources claiming that Old Trafford has ‘never been happier’, legitimising it with vague and meaningless platitudes such as Ole Gunnar Solskjaer having restored the club’s culture.

They are happy to fuel the propaganda.

They are content with having as many points as – and fewer wins than – Steve Bruce’s Newcastle after 18 games, it seems.

They are also satisfied to continue pretending Paul Pogba needs them more than they need him. “I hope that I don’t have to use him, but I hope I can use him,” said Solskjaer earlier this week. The Frenchman created more chances in 27 minutes than Jesse Lingard in 63, and no player had more shots on target for either side.

Without him, this would have been an absolute humbling. His cameo was a sliver of silver to line the darkest of clouds.

The only question is how bad things must get for Solskjaer’s position to come under genuine threat. Would a maximum of two points from Newcastle and Burnley be too drastic to be countered by inevitable wins across three competitions against Arsenal, Wolves and Manchester City in the new year? If United finished in their current position and continued to unrelentingly back the manager would David Moyes have a case for retrospectively unfair dismissal?

The only thing the Norwegian has done is establish mediocrity over meritocracy. Watford had not led a Premier League game at home since April 2; they won this by two goals and were themselves somewhere close to average. They had won one of their last 21 league games. Nigel Pearson had not managed a Premier League victory since May 2015; he comfortably out-coached his adversary.

Nigel Pearson has as many Premier League wins since April 2015 (11 games) as Ole Gunnar Solskjaer since he was made permanent Manchester United manager (25 games). Eight apiece.

But that is the path United have chosen: where the one-dimensional, brash, limited 56-year-old manager of the Premier League’s bottom club is better at and more suited to his job than the one in charge of one of the world’s biggest.

While the door to Mauricio Pochettino remains “open”, United cannot possibly consider the case of Solskjaer closed. It is time for pride to be swallowed and alternative routes out of this maze to be explored. If not now, then when?