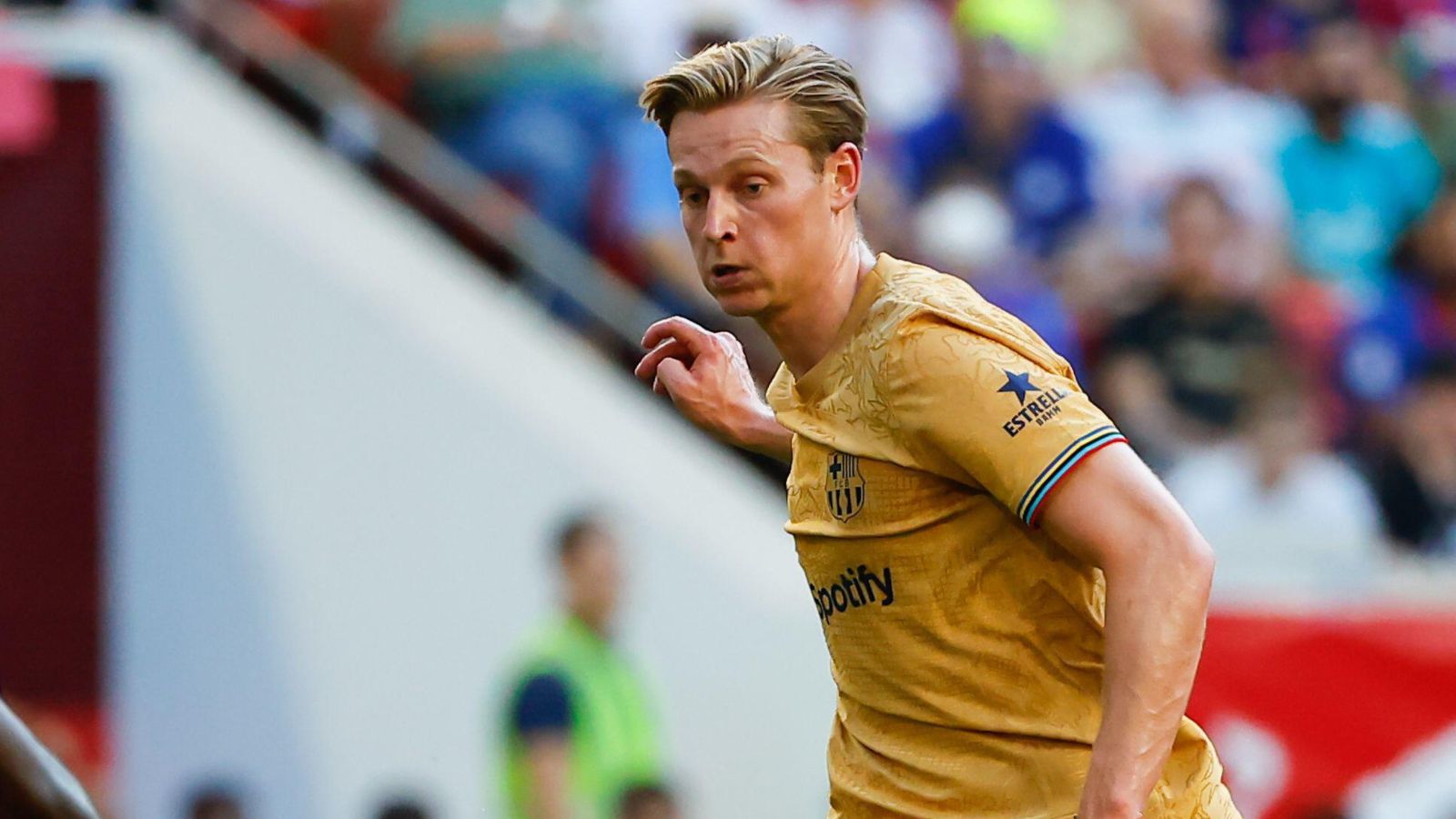 Man Utd and Chelsea target Frenkie de Jong could be about to make an ‘imminent’ decision over his Barcelona future, according to reports.

We’ll believe it when we hear it. It is now almost three weeks since Barcelona and Man Utd struck a broad agreement over an €85m fee for the Netherlands international.

Many reports have indicated that the Dutch midfielder wants to remain at the Camp Nou and that he was less keen to move to the Premier League with Man Utd.

Are post-Abramovich Chelsea going the same way as Man Utd after Fergie?

The Red Devils have surely received some encouragement, though, with a recent report insisting that De Jong hasn’t said ‘no’ to any team yet as he attempts to sort his future.

Barcelona will only happily let him stay if he accepts a near 50 per cent pay cut, with the Catalan giants preferring to get him off their books and bank a big transfer fee.

However, with De Jong reportedly owed around £17m in deferred wages and bonuses from during the height of the Covid-19 pandemic, it is far from a simple negotiation.

From the outside it looks simple, Barcelona should be giving De Jong the money they owe him and stop bringing in big-name signings until the situation is resolved.

Gary Neville has been extremely critical of Barca’s handling of the situation, speaking on The Overlap’s latest Fan Debate, the former Man Utd defender said: “Barcelona fans are battering me at the moment. But I find it unpalatable that they owe players at the club tens and tens of millions in wages.

“They spent £155m, the wages they’re paying to [Jules] Kounde, [Robert] Lewandowski and Raphinha are off the scale and they’re selling all their TV rights.

“So, they can do all these things but they are bullying De Jong. I don’t care if he comes to United or not, I genuinely don’t. I want him to because I think he’s a good player – but for me, if he doesn’t come, no problem. We’ll go with what we’ve got.

“They’ve deferred his wages, he’s helped the club – well done to him, it was Covid, every club was struggling. He’s obviously shown that he’s a team player. At the point whereby he goes into his big wages to get it paid back, they basically want to try and sell him and probably are trying to push him out the door.

“But they’re saying to him that he won’t get those deferred wages while they’re taking a £55 million or £75 million fee, or whatever it is, from Manchester United. That’s just wrong! And then you go and spend money on Lewandowski at the same time. That’s why I’ve spoken up in the last few weeks.

“I love Barcelona as a football club, it’s unbelievable. It’s not against Barcelona… they might not have broken a rule yet, but morally they’ve broken the rule because they’ve suggested to the player that if he leaves, they won’t pay him that money. The wages that he’s been paid for the last year or two are championship wages.”

But Spanish publication Sport insist that his situation ‘may be solved before the end of next week’ with Barcelona ‘ pressuring the Dutch footballer to make a decision imminently’.

Barcelona are ‘open’ for him to continue at the club but he must answer ‘yes or yes’ to their offer of lowering his salary, otherwise they will ‘ask him to negotiate his departure to Manchester United or Chelsea’.

De Jong has been ‘listening to both’ Man Utd and Chelsea ‘but nothing has been advanced’ and the Netherlands international is ‘very comfortable’ at Barcelona.

The 25-year-old ‘could accept’ Barcelona’s reduced offer but his representative ‘does not think the same because they do not want the player to lose a salary that he had signed’.

It is claimed that a ‘decision may be imminent’ with ‘Chelsea is pressing very hard to close the operation in the coming days’.