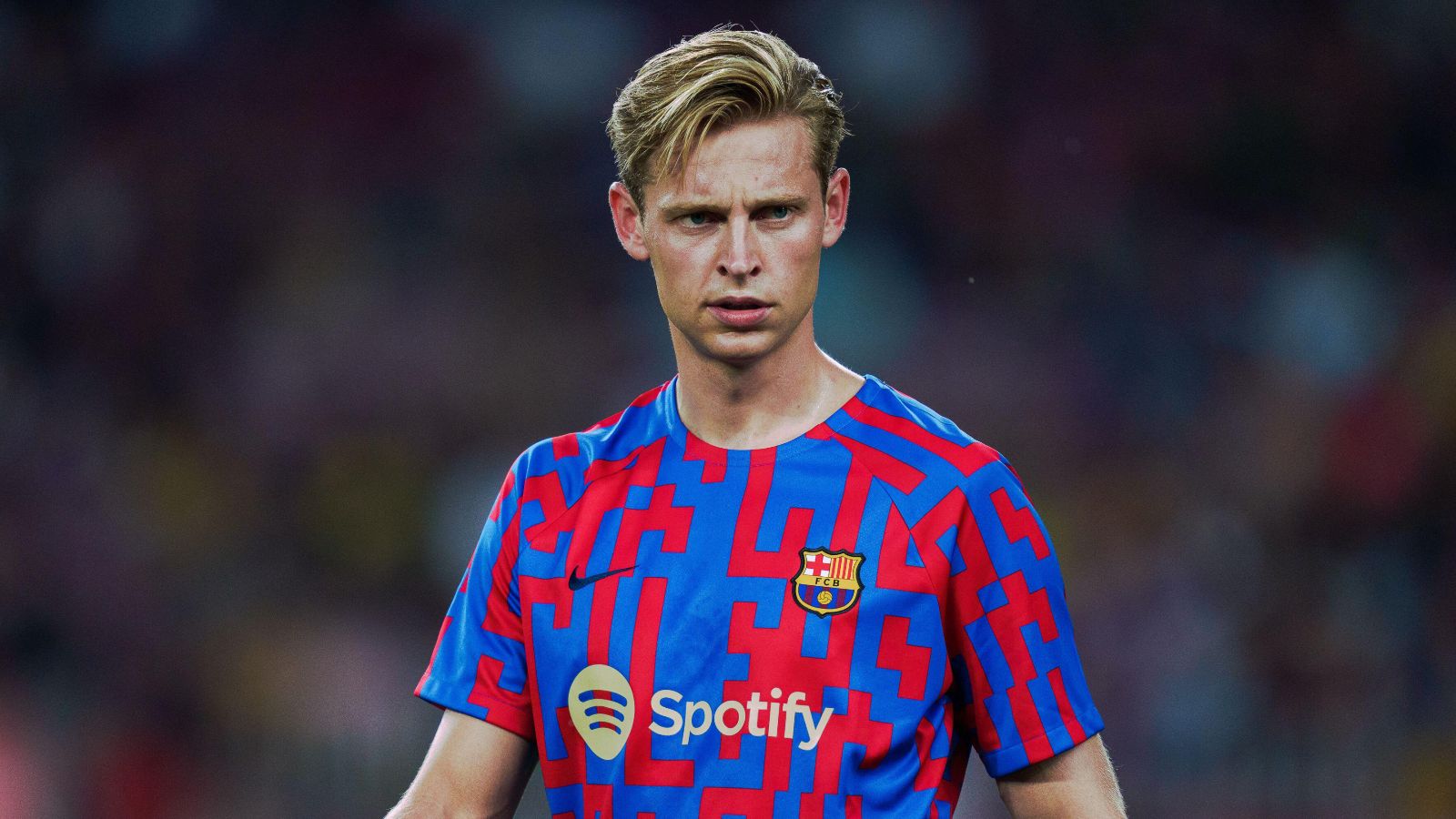 After failing to sign him in the summer, Man Utd and Chelsea are reportedly continuing to “monitor” Frenkie de Jong’s situation at FC Barcelona.

Audible sighs will be heard as that pesky Fabrizio Romano has a De Jong update for all of us.

Many fans of Man Utd and Chelsea would have hoped that they heard the last of De Jong after talk of him joining their respective clubs in the summer dragged on for far too long.

United reached an agreement to sign De Jong for €85m in July and that feels like an eternity ago now.

Chelsea later joined the race to sign De Jong, who always insisted that he wanted to remain at FC Barcelona.

The English duo eventually gave up, as Man Utd spent big on Casemiro instead. Chelsea meanwhile brought in Denis Zakaria on loan from Juventus on deadline day.

But Romano has now suggested that we may hear a lot more about De Jong in the coming months, as Man Utd and Chelsea remain interested.

The transfer guru has also explained why Man Utd waited a while before focusing on alternative targets:

“It’s no secret – Frenkie de Jong was a top priority for Manchester United. They really wanted him, and in the first week of July there was an agreement between Barcelona and Manchester United – €75m plus €10m in add-ons,” Romano wrote for Caught Offside.

“Many of you have asked me: why did United insist on this deal when the player did not want to come? The truth, from what I told, is that De Jong never wanted to leave Barcelona, not even for one second.

“It is true that Barca tried to find a solution, and Frenkie knows this, he’s a smart guy, but he’s Dutch and we know there is a special connection with Dutch players and Barcelona – he wants to be one of the Dutch players to win things with Barcelona.

“He joined the club at a difficult time, but now it’s completely different, they have a strong team and he feels he can win things with the club.

“As well as that, he’s happy with life in Barcelona, his girlfriend is happy there. He made it clear he wanted to stay. United were just hoping that Frenkie would change his mind.

“Sometimes to sign top players you need to be patient, to wait and see if Frenkie was going to change his mind. But it never happened, and this is why they decided to invest big money on Casemiro.”

“Bayern Munich never negotiated with De Jong, there were also links with Man City back in June, but it was never part of their plan. They love the player, but he has a big salary, and for this summer they wanted to invest a big salary in Erling Haaland.

“There is also Chelsea: at the end of July, beginning of August, Chelsea entered the race for De Jong very strongly. Chelsea were absolutely in the race, they wanted De Jong.

“They were prepared to pay big money to Barcelona, and also to pay a big contract to the player. Again, he told them he wanted to stay at Barcelona.

“As for the future, so far the situation is totally quiet. Frenkie wanted to stay at Barca and therefore there are no immediate updates. Certainly Man United and Chelsea will monitor the situation but they know that De Jong only wanted Barca with great clarity all summer. It will take months before we understand the next developments.”