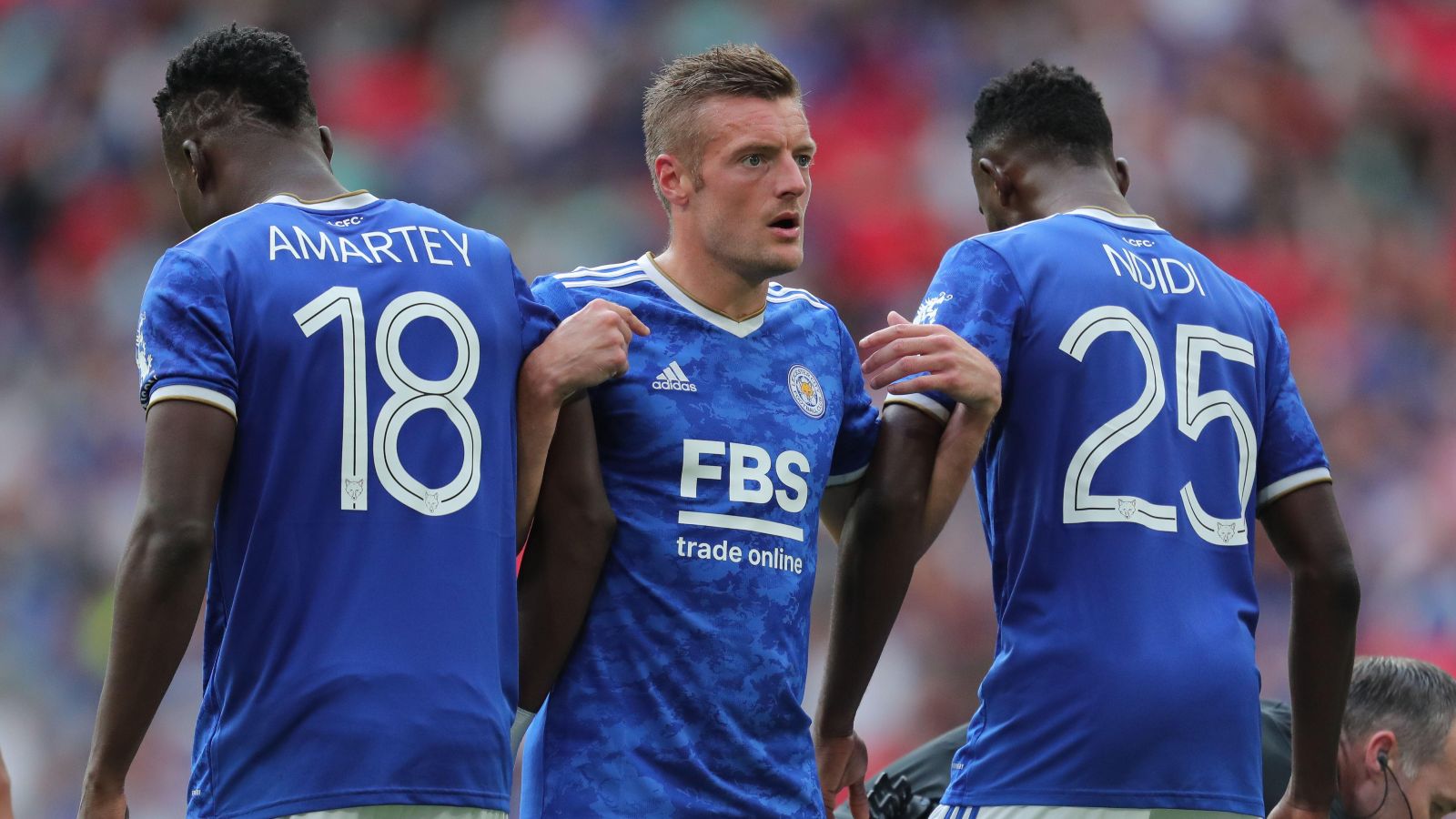 Man Utd and Chelsea are reportedly among the clubs ‘monitoring Jamie Vardy’s situation’ with his contract at Leicester City due to expire in 2023.

Vardy spent his early career in non-league prior to his move to Leicester City in 2012 for around £1m from Fleetwood Town.

The forward has surpassed all expectations though as he is now only one goal short of 150 in the Premier League.

The 35-year-old is showing no sign of slowing down either. He was impacted by injuries last term but he was still able to net 15 times in 25 Premier League outings.

“I think he’s a real icon of Leicester and of the league,” Rodgers said (via The Daily Mail).

“I think his journey – coming into professional football at 25 and scoring his first Premier League goal at 27, to go on and score the goals he has and to have the impact he has had, he is such a unique player.

“We’ve seen it before with other players like Ian Wright coming through and playing at the highest level.

“But Jamie’s story, from playing FA Cup qualifiers to going on to win the FA Cup and win the Premier League, to playing in the Champions League, he really is a great of this football club but also the Premier League, you put him up there with the top strikers.”

He added: “His pace is still there, his cuteness, his cleverness and his bravery is still very much there.

“Clearly he was a good signing for the club back then and £1m looks an absolute bargain 10 years later.”

There are a lot of doubts around Leicester City at the moment, though. Youri Tielemans, Wesley Fofana and James Maddison are all being linked with big-money moves elsewhere.

According to 90min, they ‘need to sell some players to bring new faces in and stay within financial fair play regulations’.

At the same time, Vardy is in the final year of his contract. The report notes that talks over an extension are ‘yet to take place’.

Apparently, ‘a number of Premier League clubs are monitoring the situation’. Man Utd and Chelsea are the only teams named in the report.

United at least are known to be in the market for a new striker, though they look to be after someone younger.

Benjamin Sesko and Sasa Kalajdzic are understood to be among their targets.