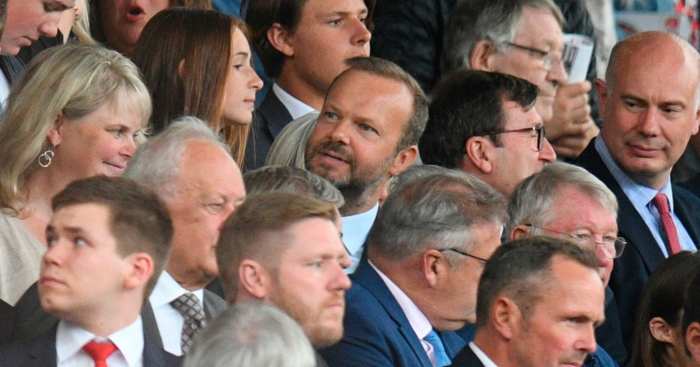 Manchester United executive vice-chairman Ed Woodward insists he did not give Phil Jones a telling off in the stands during their recent loss to West Ham.

The footage looked rather a lot like Woodward was ‘telling off’ United defender Jones as they went down 2-0 at the London Stadium in September. Especially when it was edited in a certain way. Twitter certainly had fun that day.

Phil Jones being told to shut up by Ed Woodward is exactly what I needed today. #MUFC #WHUMUN pic.twitter.com/4S3dUzk9Ag

However, Woodward says he was just having an innocent conversation about offside decisions.

“Phil was talking about whether decisions were offside or not,” Woodward told United We Stand.

“There was a foul and I turned around to Rebecca Britain, our club secretary [and said] ‘Was that a yellow card on him? [Issa] Diop?'”

When asked why United’s form has been so bad, Woodward added: “I can’t deny that, [Ole Gunnar Solskjaer] can’t deny that and everyone is putting their hands up.

“But I also spoke to some of the players at the end of the season and they said it was the hardest season they had experienced.”