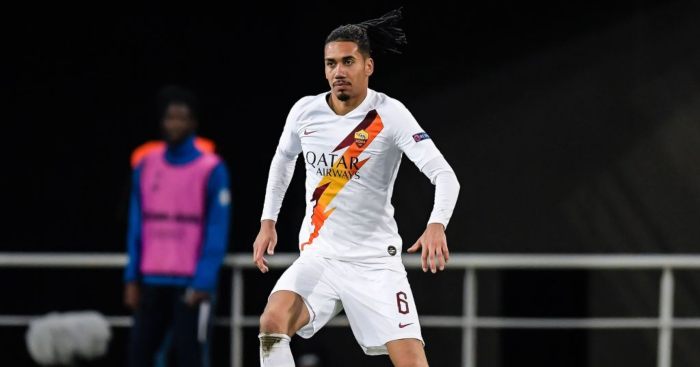 Man Utd have lowered their asking price for defender Chris Smalling as Serie A side Roma make a breakthrough in transfer talks, according to reports.

Solskjaer has spoken of his expectation that in-form Smalling would return to Man Utd next season, but Roma boss Paulo Fonseca is hoping to keep him in Italy.

And now Roman radio station Tele Radio Stereo claims that the Serie A outfit have agreed a deal that will see Smalling join Roma on loan again next season before completing a £15-16m move.

Man Utd had been holding out for £25m but Roma have now made a breakthrough at a lower price with the payment of the £15-16m being spaced out over two seasons to allow the Italians to spread the cost.