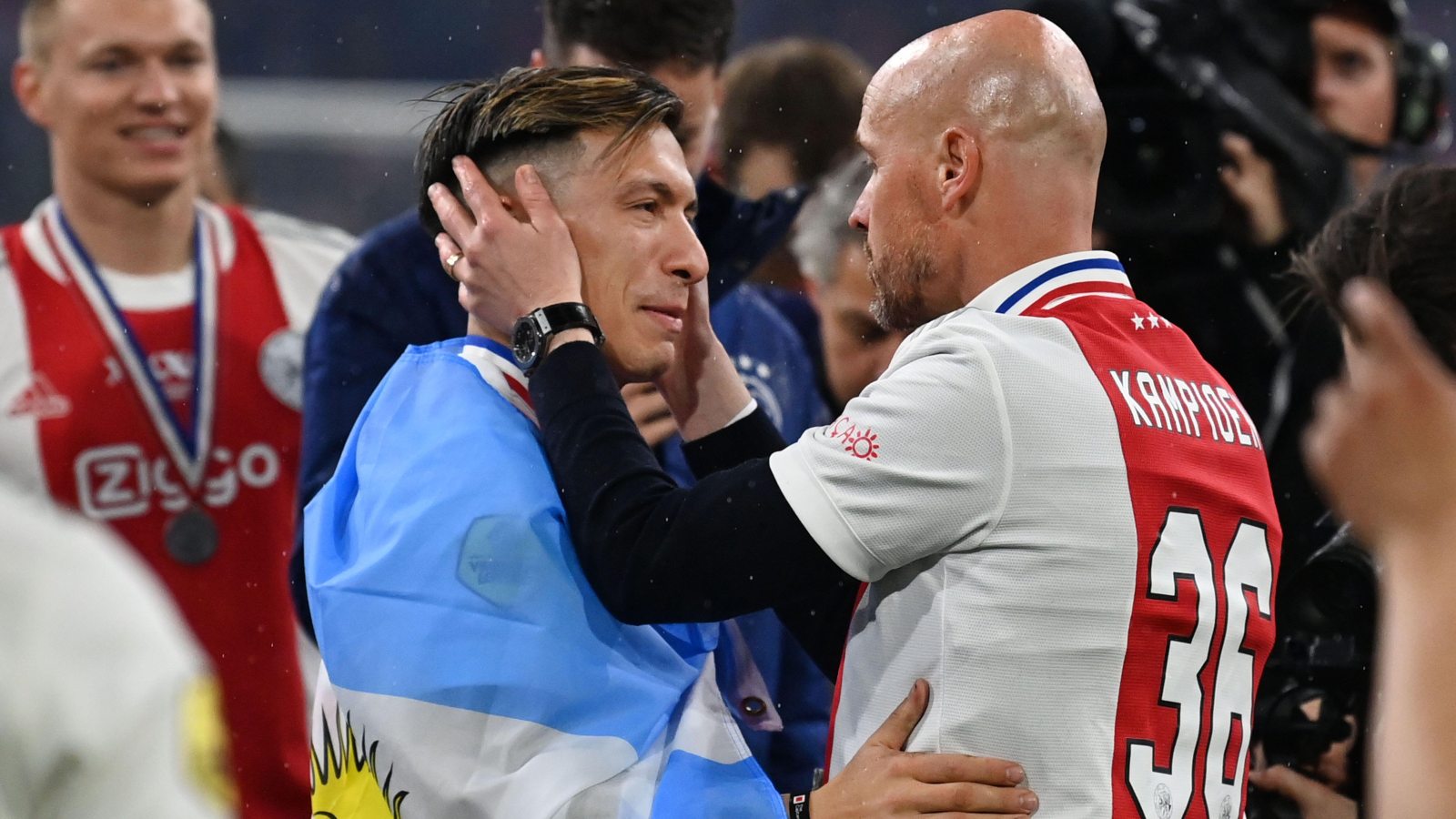 Manchester United have completed the signing of Lisando Martinez from Ajax in a deal worth €55m.

However, United have been leading the race to sign him for a while and have now got their man according to Fabrizio Romano.

There’s a ‘full agreement in place between United and Ajax for a package up to €55m’ with the ‘documents now approved’.

Lisandro Martínez to Manchester United, here we go! Full agreement in place between Man United and Ajax for package up to €55m. Lisandro will sign until 2027, documents now approved. 🚨🔴 #MUFC

The defender will sign a five-year contract at Old Trafford with new United boss Erik ten Hag, who worked with Lisandro at Ajax, said to be a ‘big factor’ in the deal.

Former Red Devils defender Jaap Stam recently outlined why Martinez would be a good signing for Man Utd this summer.

“Whether Martinez is worth €50m, that is difficult to say. This kind of money has become normal. Especially in England,” Stam told Algemeen Dagblad.

“I have become a fan of his. I think he’s a fantastic guy, with a good temperament and a winning mentality. For trainers, those are great players to work with.”

Stam added: “You can clearly see that Ten Hag’s approach is to dominate matches and control the opponent’s half. Then you play with a lot of space in the back and you need players who are reasonably fast and not afraid to cover. [Tyrell] Malacia has that and Martinez certainly.

“Back in the day, defenders in England couldn’t be big enough. Two metres was good, also to be able to head away a lot of balls. Now most clubs and coaches want to play football. That doesn’t mean you don’t have to defend.

“There are many fast attackers who are merciless on the counter. Therefore, what’s important is that a defender has cleverness. Quickly read where the ball goes, a little nudge or push. Then you don’t even have to get into duels. Martinez has also developed that.

“Martinez is very skilled and creative in his passing. The more he has such players, the more Ten Hag can keep the ball and the less he encounters counters. What is also important for this, certainly in the strongest competition in the world, is communication, and therefore who he will be linked to at the heart of the defence.

“And because Martinez is comfortable on the ball, he can also play as a defensive midfielder. I do not rule out the possibility that Ten Hag will use him there.”