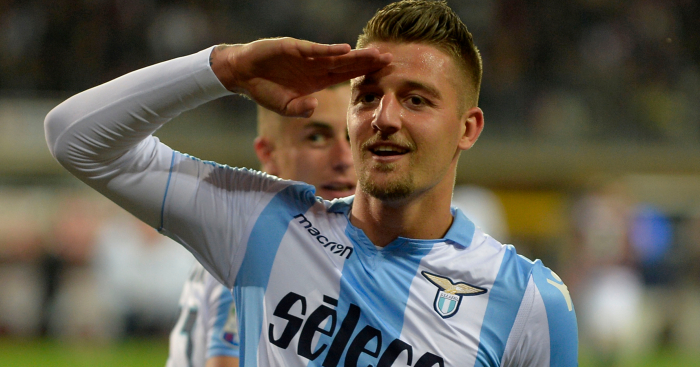 Manchester United are confident that they can seal a club-record deal for a midfielder, according to a bold report.

Sergej Milinkovic-Savic, 23, has been hot on the radar for clubs all over Europe this summer including Manchester United, Juventus, Chelsea and AC Milan.

Lazio boss Simone Inzaghi revealed in a press conference ahead of Lazio’s clash against Napoli last month that the midfield maestro will be staying in Rome for at least another year.

“Sergej has received many offers this summer but he will remain with us,” Inzaghi said.

That hasn’t stopped the speculation though, and according to the Mirror Liverpool sent scouts to watch Milinkovic-Savic in Lazio’s game against Genoa last month, a game in which he scored.

However, The Sun are claiming that Mourinho’s good relationship with the player’s agent (and ex-Chelsea striker) Mateja Kezman has the Red Devils believing they are at the front of the queue.

With the future surrounding midfield Paul Pogba seemingly uncertain, it is believed that the Frenchman could be sold to fund the outlay required for Milinkovic-Savic.

The fee United have to pay could easily eclipse the £89m they forked out for Pogba back in 2016.