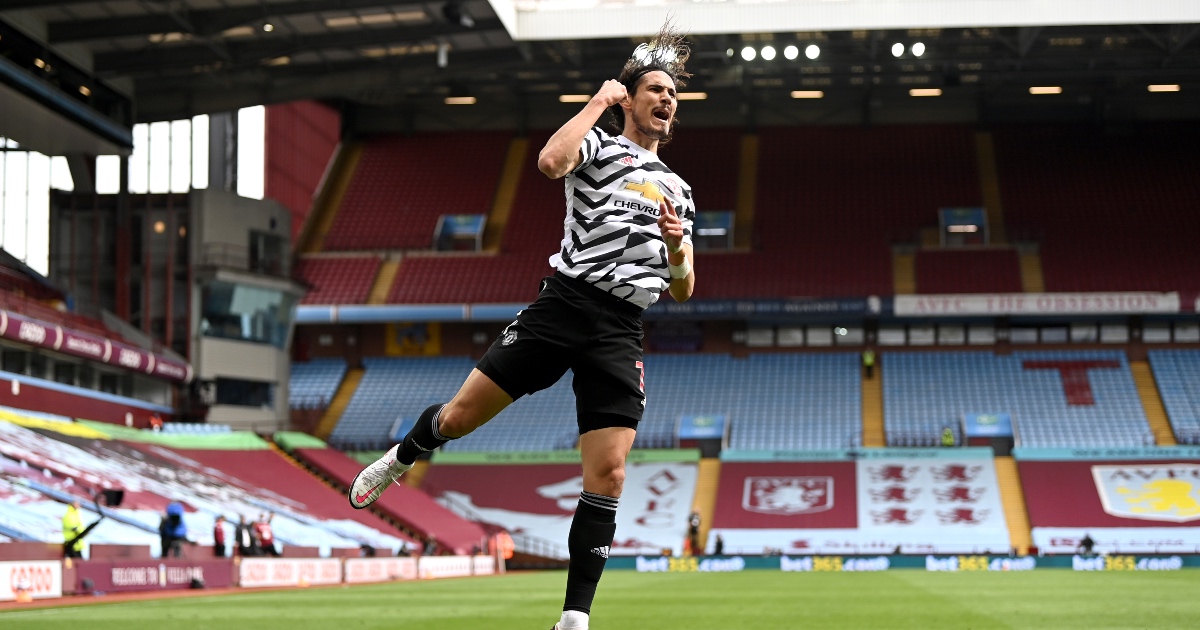 Edinson Cavani has signed a contract extension that will keep him at Man Utd until 2022, the club has announced.

The Uruguayan striker, 34, has been the subject of plenty of transfer rumours in recent weeks.

It was thought that he wanted to leave Old Trafford to join Argentinian outfit Boca Juniors.

But Cavani has now put an end to those suggestions by penning a new deal with the Red Devils.

Speaking about the contract, Cavani revealed his dream of playing in front of a home crowd: “Over the season I have developed a great affection for the club and everything that it represents.

Despite the absence of fans, Cavani has been a huge hit at Man Utd. He’s scored three goals in his last four Premier League games, helping his team to beat the likes of Tottenham and Aston Villa.

Arguably his best form has come in Europe. He’s been on target five times in just three matches, scoring successive braces in the Europa League semi-final against Roma.

The forward looks set to play an important role as United hunt the Europa League trophy.

They face Unai Emery’s Villarreal in the final on May 26.

When asked about the deal, manager Ole Gunnar Solskjaer said: “I said when Edinson signed, that he would bring energy, power and leadership to this group and I haven’t been proved wrong, he has been everything I thought he would be and more.

“As coaches, we knew about his goalscoring record. However, it is his personality that has brought so much to this squad, he has a winning mentality and has an unequivocal attitude to everything he does.

“Edinson is one of the last to leave the training ground and sets the tone for the upcoming youngsters with his approach to his profession every single day.

“I have always wanted him to stay and experience the way our fans will respond to him as a player, and this means he will hopefully get that opportunity.”