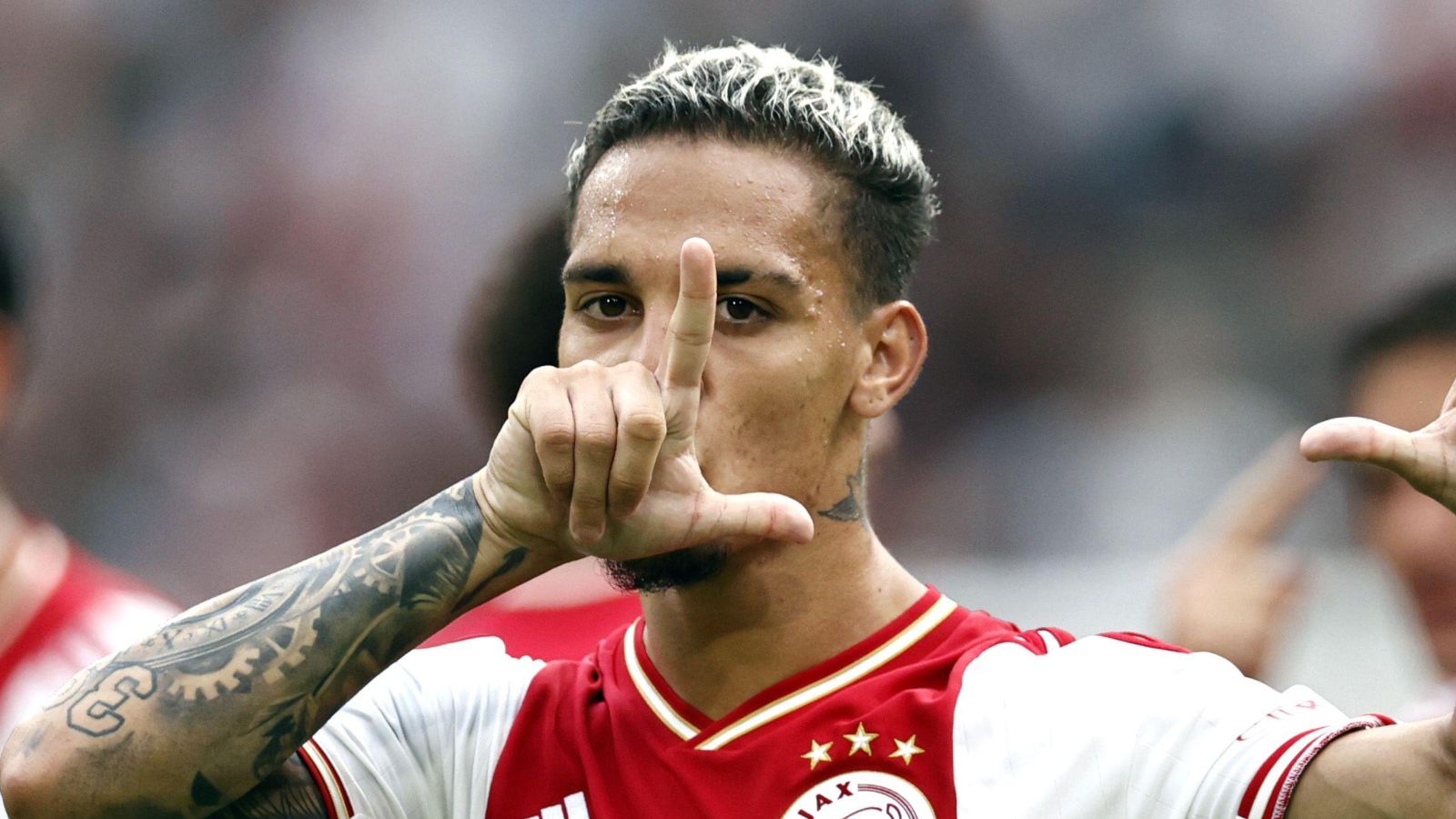 Premier League side Man Utd have confirmed a deal is in place for the signing of Antony from Ajax after weeks of rumours.

A move for the Brazil forward has been in the pipeline for the last few days – the PA news agency understands it is worth a fixed fee of £80.6million with a further £4.2m in add-ons – and Man Utd have now said the signing is set to go through.

The deal is dependent on a medical, player terms being finalised and international clearance, but United are bringing in a player who has 31 goals and 27 assists in 134 club appearances for Ajax and Sao Paulo, as well as two goals for Brazil.

The 22-year-old will be reunited with former Ajax boss Erik ten Hag, who has already raided his old club for defender Lisandro Martinez.

“Since February of this year, my agents came to Amsterdam to inform Ajax of my desire to leave the club to face a new challenge and that some interested clubs would arrive and, with them, certainly a great offer,” Antony said via Italian journalist Fabrizio Romano on YouTube over the weekend, as he pressed to move on from the Dutch capital.

“During the window months, meetings concluded including a proposal from Ajax for a contract renewal. I made it clear once again I want to leave the club.

“Today in a meeting with the board I expressed my interest in leaving the club, this time with a considerable offer on the table. Others have already arrived (but) Ajax always refuses with the argument it only has five days to replace (me).

“I’m not asking (for Ajax) to release me, I am asking Ajax to sell me for the highest bid received for a player who plays in the Eredivisie.”

Antony added: “I was very happy in Amsterdam, I won titles at Ajax, made friends and built part of my career, but now I reinforce that I am ready and full of motivation to follow my story and my dreams.

“People need to listen to me and understand that my motivation moves me towards happiness. I need this to continue performing at a high level. Ajax will always be in my heart.”

The transfer window closes on Thursday evening, when Man Utd will look to win a third successive Premier League match in the trip to Leicester, though it is understood Antony will not be involved.

After kicking off the campaign with embarrassing defeats to Brighton and Brentford, Ten Hag’s side responded with a 2-1 victory against rivals Liverpool and Saturday’s hard-fought 1-0 triumph at Southampton.

Tyrell Malacia, Martinez, Christian Eriksen and Casemiro have arrived so far this summer.