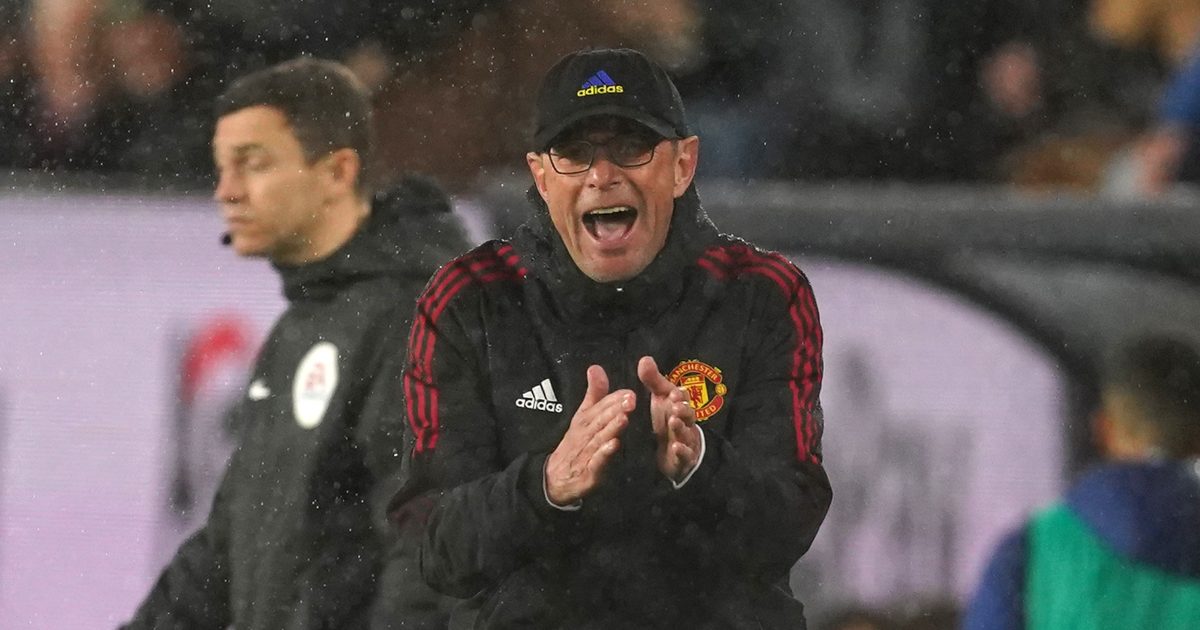 Ralf Rangnick will be in charge at Manchester United until the end of the season, come what may, according to a report.

The pressure has risen on Rangnick in recent days following 1-1 draws against Burnley and Southampton.

United have led at half-time in both games and spurned multiple chances to increase their lead.

Rangnick is in interim charge at Old Trafford and is set to move into a consultancy role when a permanent replacement takes his place in the summer.

But criticism in the wake of a run of disappointing displays has led to suggestions in some quarters that the German boss may not last the season.

The Express claim United have dismissed those suggestions.

‘Manchester United aren’t going to sack Ralf Rangnick and insist he will stay with the club until the end of the campaign,’ read the report.

The belief at Old Trafford is that Rangnick is capable of turning the situation around, as per the report ‘performances have improved’.

The former United defender claims Rangnick’s side lack “balls” and need to cut out individual mistakes that are “killing the team”.

He said: “In the first 20 to 30 minutes you go ‘oh – I like this,’ there’s fluidity, there’s a continuity within the team, there’s a togetherness but the problem is weathering the bad storms.

“In every game you get a five minute spell or whatever it is, where the other team get hold of the game and you get penned back a little bit whether you like it or not.

“It’s about having the balls to be able to get through that, the knowhow and I think a big part of that is discipline – I think that’s where we lack compared to top teams.

“When those moments come you need a discipline within the team, to say ‘we stick together,’ in them situations, they end up becoming individuals more than ever and thinking ‘I can do this on my own, I’ve got to create a moment of craziness’.

“Individual mistakes or bad decision making on individual parts is what’s killing the team right now.  Whether it’s missing a chance, final ball delivery or defending a situation. Individuals are making mistakes in them areas.”