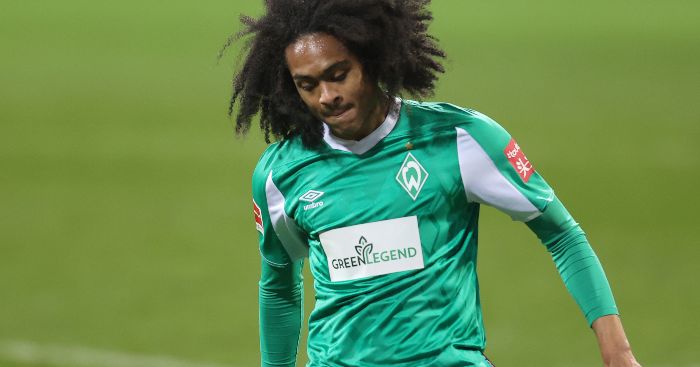 Man Utd are considering the recalling of youngster Tahith Chong from his loan spell at Bundesliga side Werder Bremen, according to a report.

The Holland Under-21 international only signed a new contract at Old Trafford in March, which keeps him contracted to United until June 2022, with the option to extend the deal by a further year.

Chong first moved to England four years ago from Feyenoord and has progressed to the fringes of the first team, but Man Utd decided he would spend this season on loan in Germany.

The 21-year-old struggled to break into the first team due to the form of players including Marcus Rashford, Mason Greenwood and Anthony Martial.

Man Utd had hoped that the loan deal would boost his reputation and improve his game, but he has only managed three starts for Werder Bremen this season.

And Fussball Transfers (via Sport Witness) claims that he has ‘fallen short of expectations’ at Bremen and Man Utd ‘do not rule out’ cancelling his loan deal.

Chong has failed to get the ‘match practice’ that the Red Devils craved for him and ‘very rarely’ makes Florian Kohfeldt’s starting XI.

The Dutchman has scored one goal in two DFB Pokal appearances, while his only goal contribution in the Bundesliga came as he produced an assist in a recent match against Mainz.