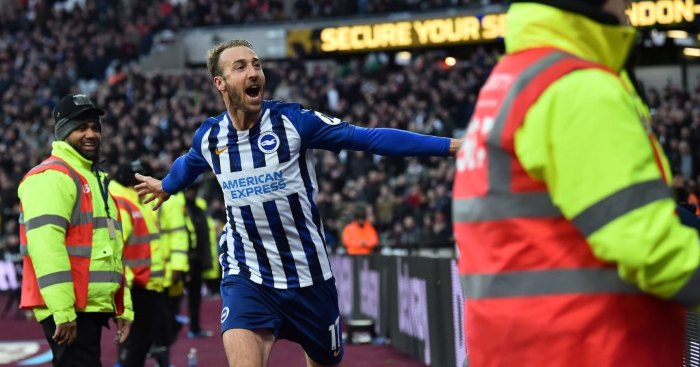 Brighton veteran Glenn Murray was a ‘potential candidate’ for Manchester United as they searched for a striker in the January transfer window, according to reports.

Ighalo was announced by United on a temporary deal until the end of the season just after midnight on Saturday morning, with the Nigeria international brought in to help solve the club’s lack of options up top.

The Red Devils were linked with a host of other attackers but closed in on Shanghai Shenhua marksman Ighalo towards the final hours of Friday evening.

And now the Daily Mail claims that Man Utd ‘considered a late window move for’ Murray before settling on Ighalo.

The report adds that ‘Murray’s situation at Brighton made him a potential candidate’ with just one Premier League start since the start of September before starting Brighton’s 3-3 draw at West ham on Saturday.

Following his great performance and goal against West Ham, the 36-year-old signed a new one-year deal at Brighton this week.