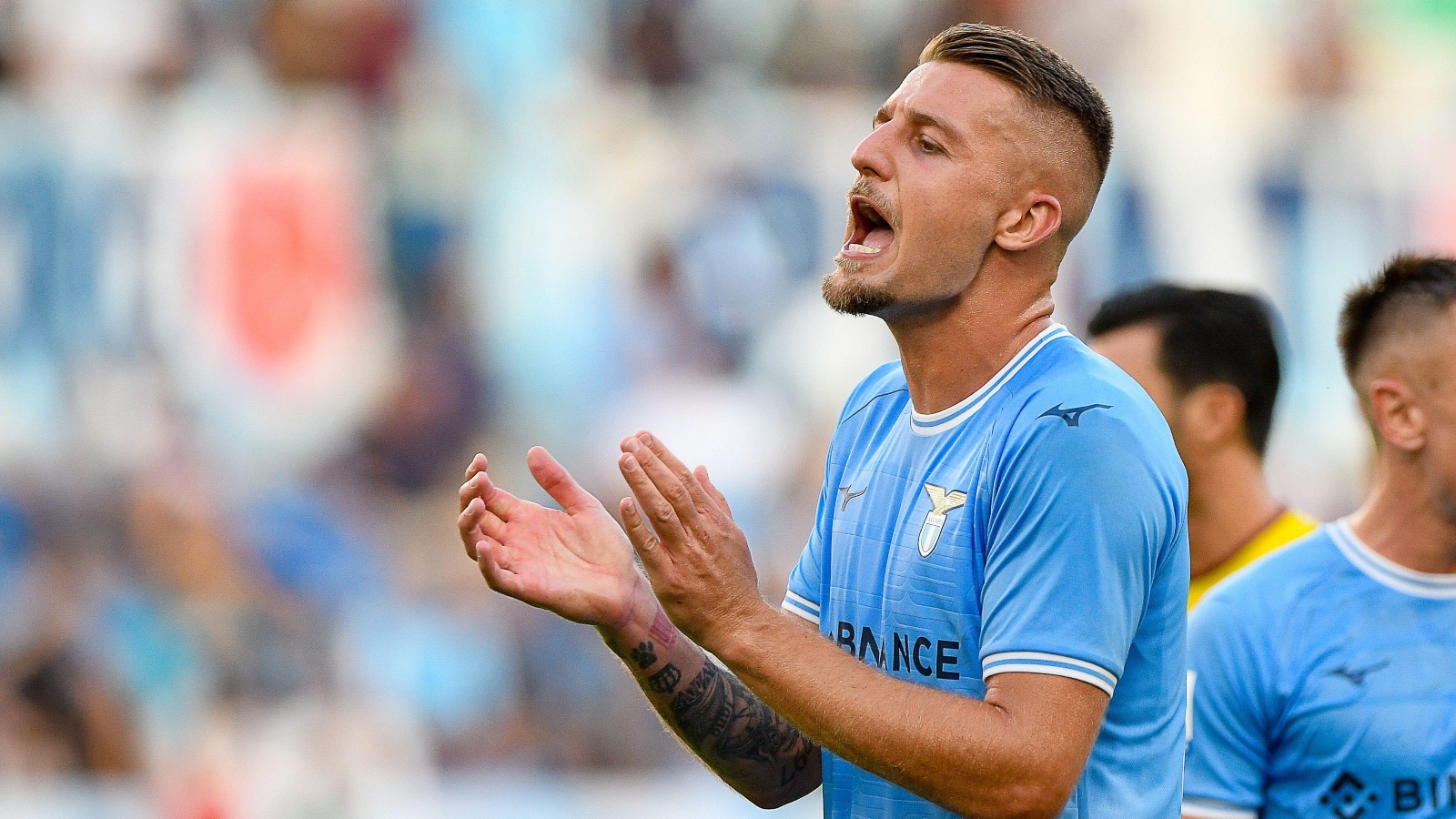 Man Utd have stepped up their interest in Lazio midfielder Sergej Milinkovic-Savic with the transfer deadline approaching, according to reports.

The Serbian has been linked with a move to Old Trafford for years.

He joined Lazio in 2015 from Genk and is approaching 295 appearances for the Italian outfit.

Milinkovic-Savic’s contract expires in 2024 and the Serie A club are believed to be hopeful of selling him, as opposed to losing him for nothing.

The 27-year-old would probably cost at least £50million should a team sign him from Lazio this summer.

Unsurprisingly, Man Utd have been heavily linked with the player in the summer transfer window.

A Corriere dello Sport report earlier this month claimed that Milinkovic-Savic wants to join the Red Devils, while La Repubblica said the Premier League club were preparing a £57.4m bid.

De Jong is increasingly unlikely to join, meanwhile, a report on Wednesday suggested that Casemiro could leave Real Madrid for £50m.

With a new central midfielder a huge priority for Erik ten Hag, Man Utd are desperate to sign a player in this position before the transfer deadline.

No offer has been made for the player, who has also been linked with Juventus, Paris Saint-Germain and Real Madrid.

As mentioned prior, Ten Hag is hoping to improve his midfield options, with Fred and Scott McTominay underwhelming in the middle of the pitch.

Another centre-midfielder the club have been linked with is Brighton’s Moises Caicedo.

Man Utd had the opportunity to sign the Ecuadorian for £5m before he joined the Seagulls.

According to Sky Sports, they do have an interest in the 20-year-old.

The Red Devils are ‘expected to make a bid’ for the young midfielder, who impressed against them on the opening day of the Premier League season.

Brighton have ‘no intention’ to sell the player, however.

Albion only paid £4.5m to sign the player from Independiente del Valle last year. They will probably want at least ten times that amount, unfortunately for Man Utd, who have clearly fumbled the bag with this one.