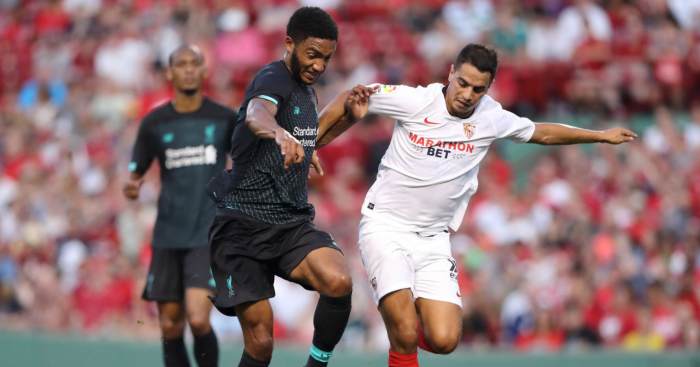 Manchester United have been in touch with Sevilla striker Wissam Ben Yedder’s representatives over a possible move, according to reports.

A report a month ago said that the Red Devils ‘have everything agreed’ with Ben Yedder and have ‘almost total security’ that the striker will move to England.

And now the Red Devils – who are looking for possible replacements for Romelu Lukaku if he leaves – ‘have contacted Ben  Yedder’s entourage’ over a potential transfer, according to Marca (via Sport Witness).

The report adds that United have yet to approach Sevilla over a possible deal with Lyon also speaking to the 28-year-old’s representatives.

Marca continued by saying that Ben Yedder – who recently turned down the chance to move to China – wants an exit and that Sevilla would want any suitors to pay his €40m (£36.6m) release clause.