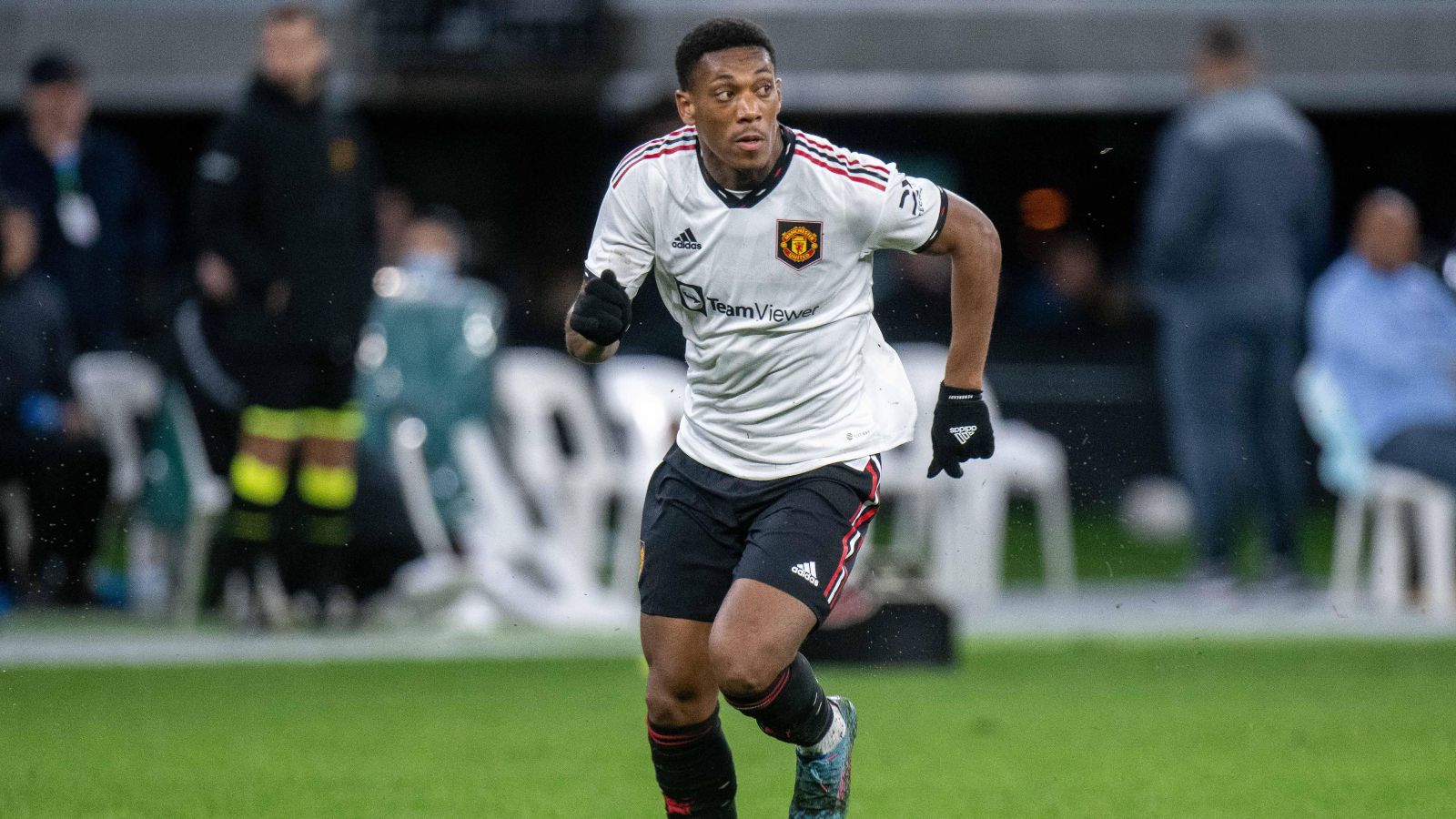 Premier League side Man Utd will reportedly offer a contract extention to Anthony Martial in a huge turnaround in fortunes for the striker.

The Red Devils allowed the France international to leave on loan in the January transfer window with Sevilla getting him on a temporary deal until the end of last season.

He had been limited to just 11 appearances in all competitions last term and interim boss Ralf Rangnick made the decision to allow Martial to get some game time.

And there was an expectation that he would probably leave this summer if Man Utd could find a new home for him – but his performances in pre-season convinced Erik ten Hag that he could be a valuable member of his side.

Speculation that Cristiano Ronaldo wants to leave Man Utd this summer have also put more importance on the Red Devils keeping Martial with the club’s lack of striking options.

The Frenchman was injured just before the start of the new campaign but played 45 minutes in United’s 2-1 victory over Liverpool, grabbing an assist in the process.

And now The Sun claims that Martial is ‘set for talks over a contract extension – two months after his Manchester United career looked dead and buried’.

Martial still has two years left on his current £250k-a-week contract but the Red Devils are ‘set to open talks in the coming weeks over an extension’ with the hope that fresh terms could keep him at Old Trafford until he’s 30.

It wasn’t just Ten Hag whose been impressed by Martial’s pre-season form with former Premier League defender Alan Hutton claiming he’s a “good option” for the Dutchman this campaign.

On whether Martial can fill in for Ronaldo this season if the Portugal international leaves, Hutton told Footnall Insider: “I think he will be one of the options.

“Obviously Ten Hag will need to bring somebody in if they let Ronaldo go but he fits that mould of the player that Ten Hag wants.

“If you look at the boys he brought in, they’re all young, hungry. [Marcus] Rashford, [Jadon] Sancho, all these kinds of guys he wants that kind of Ajax way. Young players who he can develop and mould into what he wants.

“I know Martial has been there for a long time and he’s maybe not quite hit the heights that everybody expected but maybe Ten Hag thinks he can get that out of him.

“I think it’s a good option. He can definitely score goals. If Ronaldo isn’t there I think he’ll definitely start at number nine.”