The Bundesliga outfit want £108m for Sancho, but the two clubs have not been able to reach an agreement. 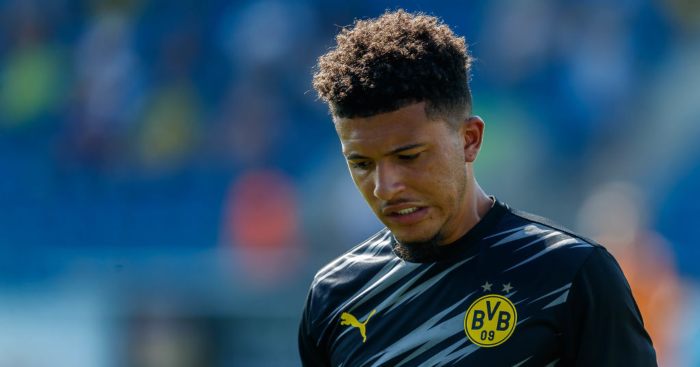 Borussia Dortmund winger Jadon Sancho was initially offered a deal by Man Utd that would’ve seen his wages decrease if he’d accepted, according to reports.

Dortmund’s sporting director Michael Zorc insists Sancho will play for them next season after Man Utd missed the August 10 deadline to sign him, but the Red Devils remain confident of landing their top transfer target.

The Bundesliga outfit want £108m for the England international, but the two clubs have not been able to reach an agreement.

Since the breakdown in talks, Man Utd have been linked with the likes of Ansu Fati, Vinicius Junior and Ousmane Dembele as possible alternatives to Sancho.

As well as that, Sky Sports reporter Kaveh Solhekol yesterday insisted that Sancho will be happy to ”sit tight” and see how interest from other clubs develops as he knows there are other clubs willing to sign him.

And now the Daily Mail has revealed more details about the offers Sancho received from Man Utd during their contract negotiations.

The report claims: ‘United’s first contract proposal would have involved Sancho taking a wage cut and their second was similar to the deal he is currently on worth up to £190,000-per-week.’

Despite reports that Man Utd had agreed terms with Sancho, the Daily Mail add that negotiations to ‘sort out the personal terms element of the deal remain ongoing’.

The report continues by saying that Sancho is ‘not seeking a deal that would break United’s wage structure’ and that it’s ‘the fee remains the major sticking point’.